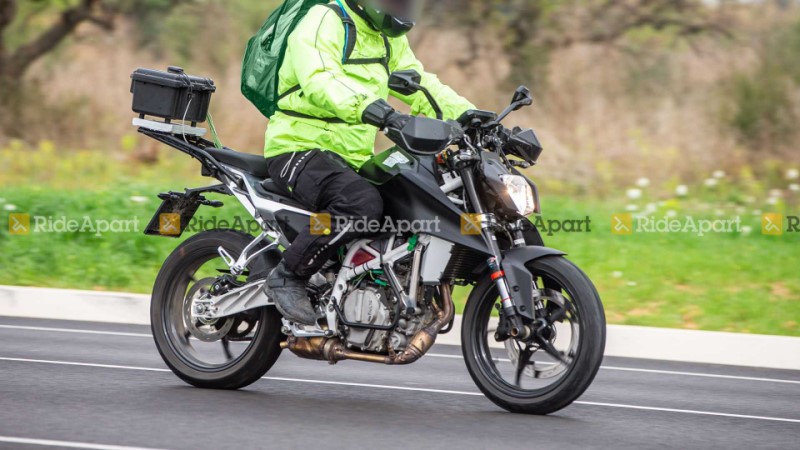 It appears that KTM is going to take the longer route for its next generation of Dukes. Currently, in its second generation, the two of the upcoming Dukes have been spotted testing. Which ones..? We are not sure but the claim is that one of them is the 250 Duke and the other one is the 125 Duke.

It must be noted that these test mules are completely different from the 390 Duke test units that have been snapped earlier. Right from the engine casing, to the frame and obviously the body work, everything is going to change.

One of the more kitted mule is running with extremely long tank scoops and some other body elements suggesting that the next-generation Dukes will be even more swashbuckling. The big giveaway that these are the smaller Dukes is the fact that they are running on Bybre brakes. Bigger models use Brembo brakes.

There are similarities to the 690 Duke as well but frankly, there is no clear hint which models are under tests here. Only the front section appears to be similar to the current Dukes and rest of the stuff – including the swingarm, exhaust, radiator, etc are different.

KTM has already announced the 490 Dukes but they will be dual cylinder motorcycles and chances are that they are still sometime away. So, this spotting takes us a step closer to the third generation Dukes which are expected to be extremely sporty and come with exhaustive changes. Launch can be expected sometime early next year but KTM may reveal them later this year.