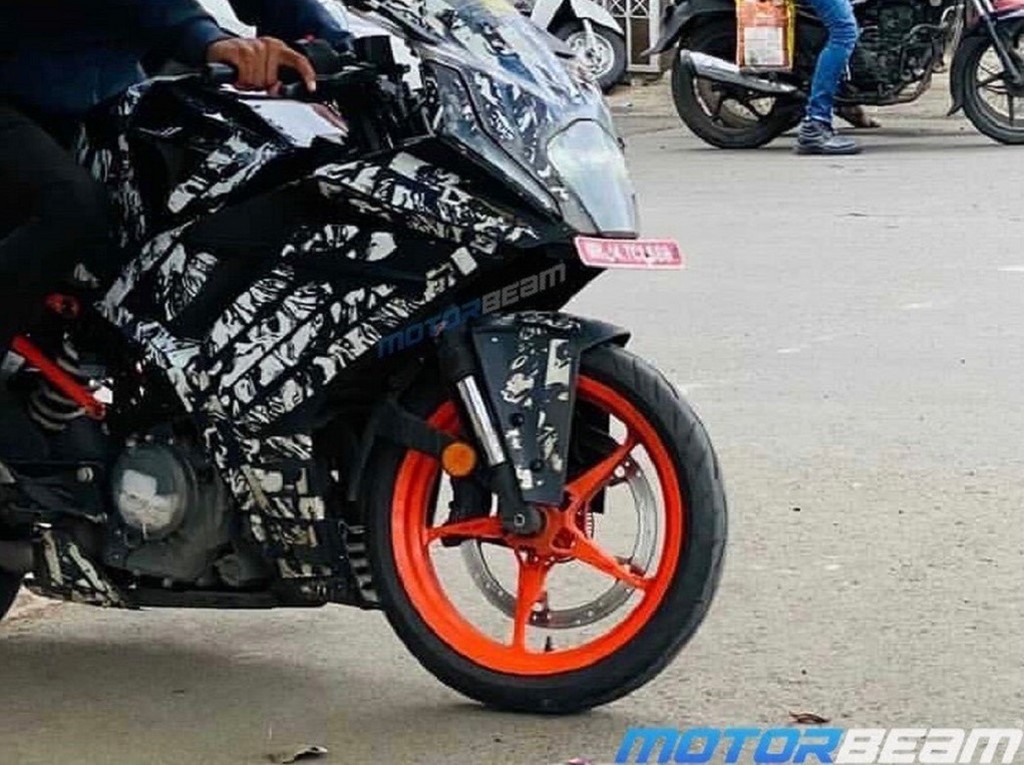 Fresh 2021 KTM RC390 spy pics have emerged from Pune. It flaunts the new fairing and the dropping of the hooligan tag for the motorcycles…

The first precursor to any upcoming product launch is its spy pics that start emerging and as we move closer their frequency increases generally. And the same trend can be observed for the next-generation RCs that KTM is preparing.

After a few spy pics from Austria, the motorcycles are becoming a common sight on Pune roads, mostly around Bajaj’s plant (where they are manufactured). The smaller RC200 have been spotted earlier and this time it is the elder sibling – the 2021 RC390 that has been snapped again.

This completely camouflaged test mule does show its edges and creases. Though that front fairing does NOT look bad in isolation, it is a big departure from the hooligan-look of the existing RCs. The new styling makes the RCs look a lot mature.

The test mule here is wearing contrast colored orange colored alloy wheels. The twin projectors have given way to one single LED headlamp that is surrounded by a big windscreen. Another change is the presence of dedicated grab rails for the pillion and that seating area looks slightly bigger, overall. The handle has moved up and seating posture on the new-gen RCs may not be as aggressive as it currently is.

The plan could be to promote them as sports tourers for a wider usage rather than out and out track machines (which find relatively lesser acceptance). The same 373cc motor would continue duty but how well it will be tuned remains to be seen. The big introduction should be the Duke’s Bluetooth enabled instrument cluster on the RC390.

Chances are that all or most of these small to mid capacity RCs that are made in India will be launched sometime later this year.