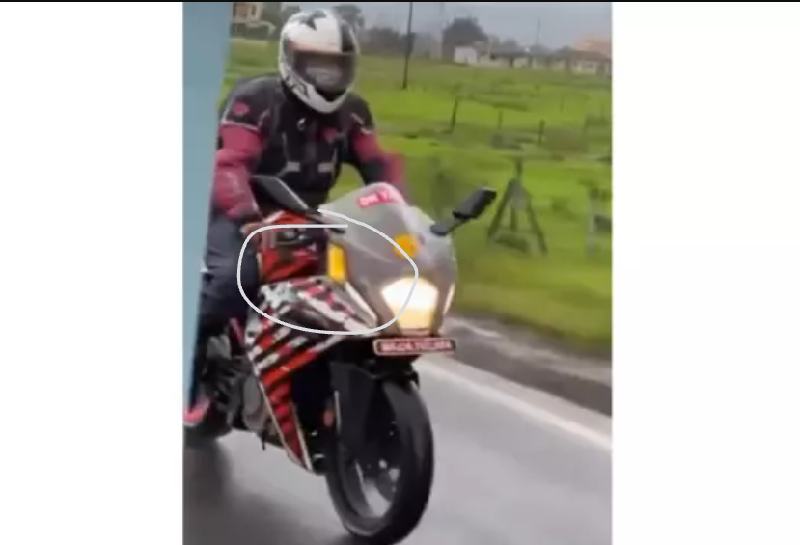 2022 RC200 launch can take place in the coming weeks. It is, however, expected to come after the flagship new RC390…

2022 KTM RC200 has been spied doing test runs at some highway. This spotting is ahead of the expected launch which is believed to be in the coming few weeks.

The spy pics this time reveal the visor-mounted side blinkers as the rider flashes them while changing lanes. They are positioned just above the LED DRLs. This, for sure, is an interesting set-up in an otherwise boring face of the new model.

For those who have ridden the RCs can easily make out the less assertive seat design that definitely more upright and probably comfortable.

On the contrary, track enthusiasts and people who like the full faired RCs for their hooliganism will surely miss the current version’s aggression.

The Austrian is likely to continue with the same BS6 compliant 199cc engine, however, we believe it will be tweaked, probably for more juice at the lower end. It will be interesting to see if there will be changes to the outright power and torque figures.

The new RC200 may come with an LCD meter console, similar to the one you get on the 250 Adventure. Bluetooth support is not expected to be on offer on this model.

The current RC200 retails at around Rs 2.08 Lakh and expect an increment of a grand on the upcoming model.