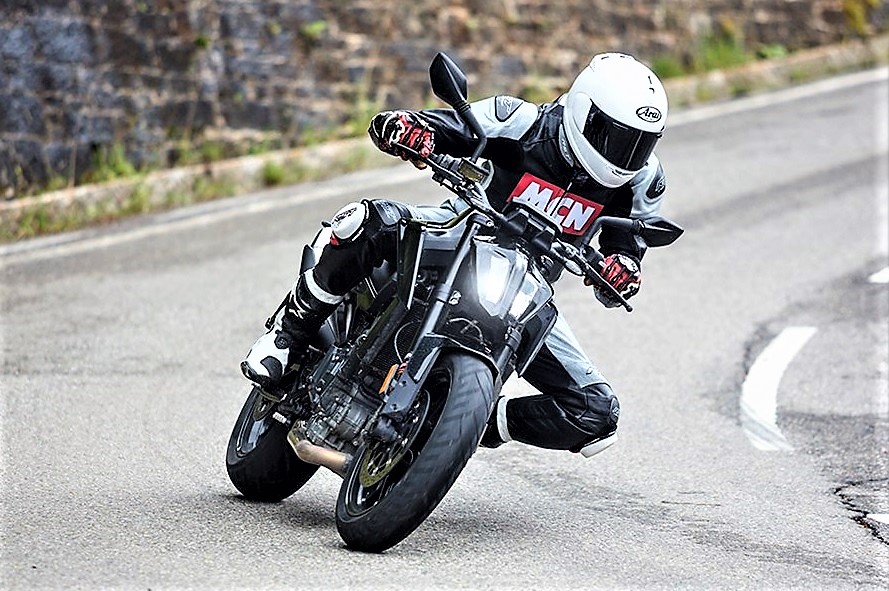 KTM’s next big shot will be the 790 Duke which was unveiled as a prototype at last year’s EICMA. It drew a lot of attention because of its extravagant naked styling.

Few months later, KTM started testing the motorcycle in the open and in a latest update, MCN has tested the ‘more-complete’ prototype (obviously without any camouflage) and as expected the commercial version is toned down.

It now gets a proper set of (split) seats, registration plate holder, side blinkers and rear view mirrors. The LED Split headlamp unit is lifted from the 390 Duke and the 790 is expected to get a new/different setup. The underseat exhaust of the concept is also gone and in comes an awkwardly placed side canister. Still, the motorcycle retains a lot of the styling cues of the concept model. 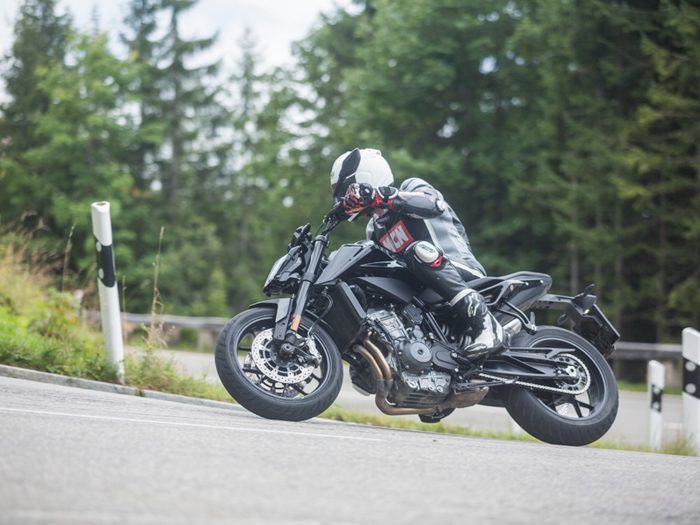 Interestingly, some of the test mules were running on J.Juan brake setup with ABS. We had the last tryst with J.Juan (a Spanish firm) on the Mojo and were not very impressed by what the 320 mm (segment best in size) offered (link to review). However, the latest version sampled by MCN gets KTM branding on the brakes.

An earlier mule was seen sporting a tiny visor atop the headlamp but it is absent in this motorcycle. 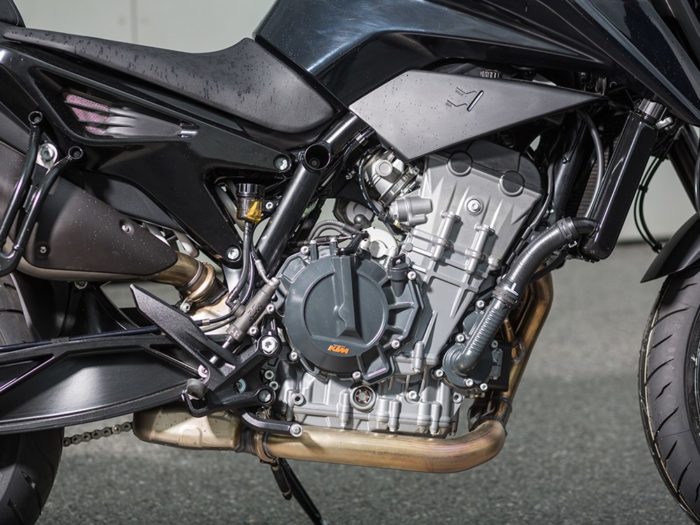 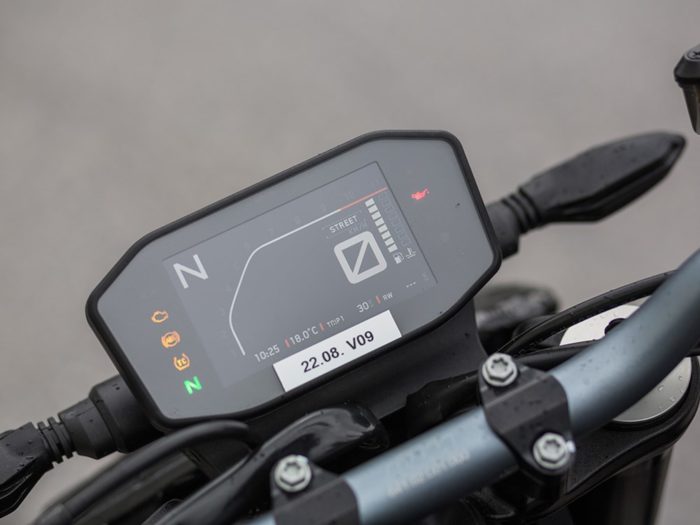 In an earlier story, MCN quoted Hubert Trunkenpolz, Chief Sales Officer of KTM, who informed that the 790 Duke will be launched later this year with sales kicking off sometime in early 2018. In the latest update, we now have the month of February 2018 to look upto.

It is also confirmed that there will be two models on offer – a 97 hp standard version and a premium 115 hp ‘R’ version. In terms of pricing, this twin cylinder model will not be cheap and will rival models like Street Triple etc.

A few months back, Benelli’s Monster-inspired TNT750 was spotted at a dealership, so it appears that rivals are also warming up for a counter-strike! 790 Duke launch in India is not expected anytime soon as KTM has announced that the 390s will remain the flagships for now…