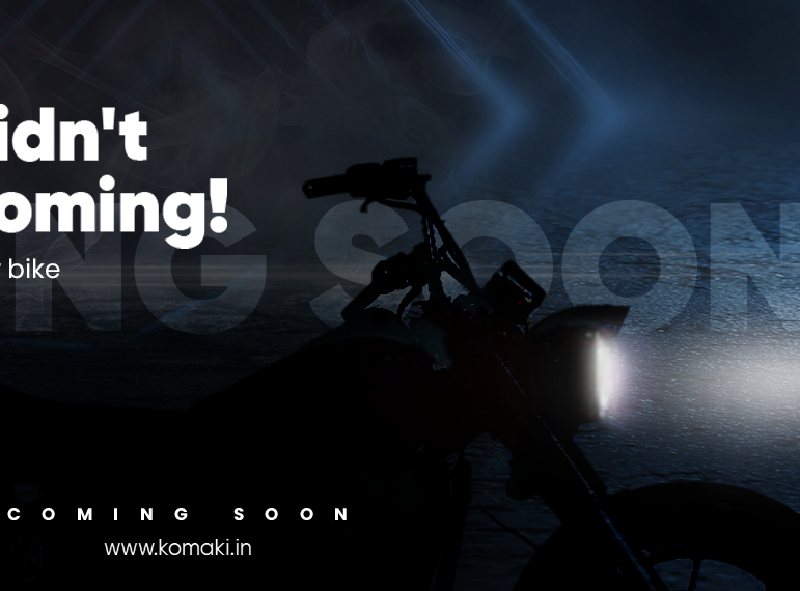 If you were waiting for an electric cruiser bike, here is an announcement from Komaki, along with a teaser…

It is an irony that we have so many electric scooters – some from very prominent players, however we do not have many electric motorcycles.

However, the scenario is changing – and changing fast. Very recently, a relatively unknown company Enigma announced India’s first cafe racer and now we have Komaki which has given a green flag to a cruiser.

Komaki already sells a few electric motorcycles but this will be its (and country’s) first electric cruiser bike which is slated for launch in January 2022.

Komaki plans to offer this electric cruiser at an affordable price and it says that it will be for people who like motorcycling but are not able to afford high-end expensive bikes.

Like others, Komaki’s focus is also on scooters but it now intends to penetrate deep with a new motorcycle. It will be the first maker to offer a cruiser bike in the leisure EV segment.

Battery Charge in 90 Seconds – is a New Breakthrough Tech Coming

From the teaser, we can see the silhouette of the bike. The design appears to be low slung and may offer an accessible seat height – typical of cruisers. There is a rounded headlamp (will most probably be an LED unit) along with an elevated handlebar for a chest-open riding posture.

There appears to be a singular seat with a pillion backrest along with a possible LED tail-lamp. As of now, there is no information on the powertrain of the electric cruiser bike, or its battery capacity and range from the company.