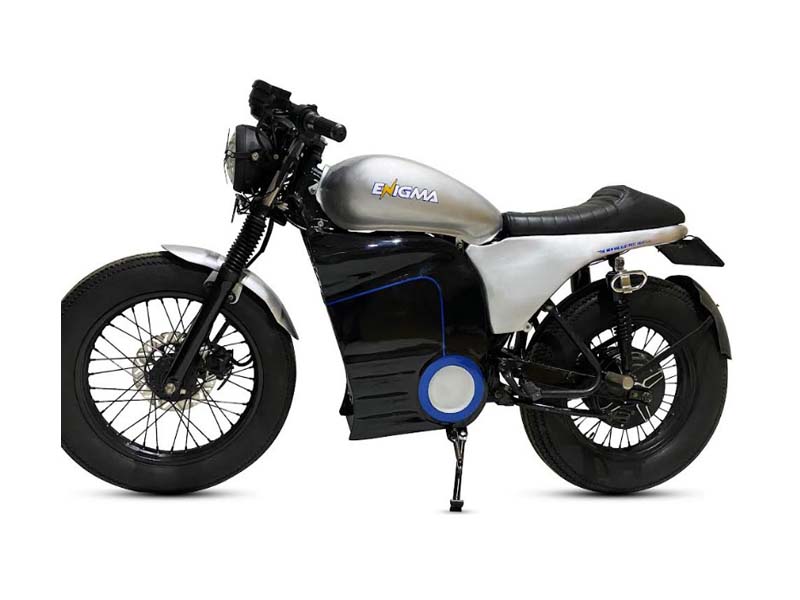 Enigma Auto has started taking pre-bookings of its new electric cafe racer from yesterday (25th October 2021). Customers can book their motorcycles from the official website or authorized showrooms.

The motorcycle gets its power from a 72V 50A Lithium Ferro-Phosphate battery which has a 5-years of warranty. This unit can deliver upon 5000 charges in its lifespan. On a full charge, the bike can cover a range of upto 140 km.

The bike utilizes a Hub motor which can formulate up to 5.6kW of power. The Cafe racer can be completely recharged in 4 hours (3 hours for 80 percent charge).

Battery Charge in 90 Seconds – Is a New Breakthrough Tech Coming

Enigma claims a top speed of 136 kmph and promises that it will offer an experience similar to ICE-based motorcycles.

Anmol Bohre, Founder & CEO, Enigma Automobiles, says that the brand aimed to develop a high-performing, low-maintenance electric bike that can perform efficiently without burning a hole in the pocket of the rider. He further comments that Enigma Cafe Racer is well suited for commuting as well as for off-roading.

As of now, Revolt is one of the most prominent name in the electric motorcycle business and with new makers joining in, it will be an interesting face-off in this rapidly growing segment.