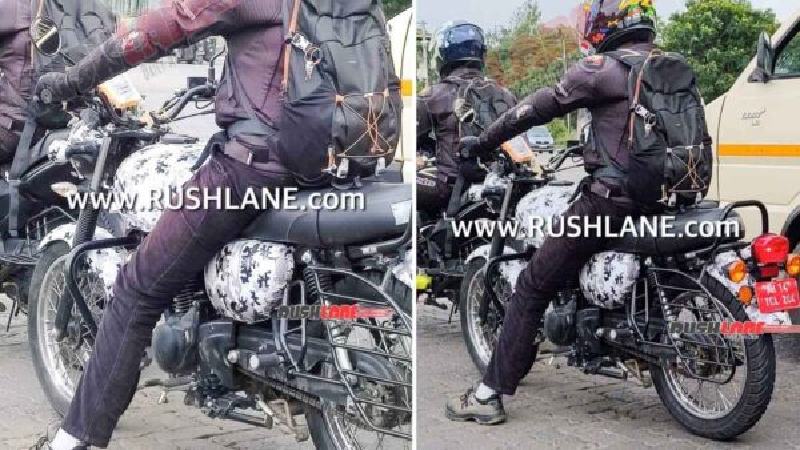 Close to one year after it was first spotted testing in India the Kawasaki W175 has been sighted again. The commuter is being tested on the roads on Pune hinting probably an imminent launch.

The pillion seat gets a grabrail though the same is probably not present on the international model of Kawasaki W175.

The turn indicators are also bare basic on both front and rear sides. W175 gets regular telescopic forks at the front and twin gas-charged shock absorbers at the rear.

The brake duties are handled by a single disc on the front wheel and a drum on the rear wheel. It may offer a single-channel ABS.

Considering that the motorcycle comes with very modest output numbers, it will be interesting to see where Kawasaki places it in the market.

Kawasaki’s lineup consists of aggressive sports bikes which start at over 3 Lakh. A single cylinder, 180cc motorcycle may go onto become its best seller in the months to come; but again are 13 ponies enough?