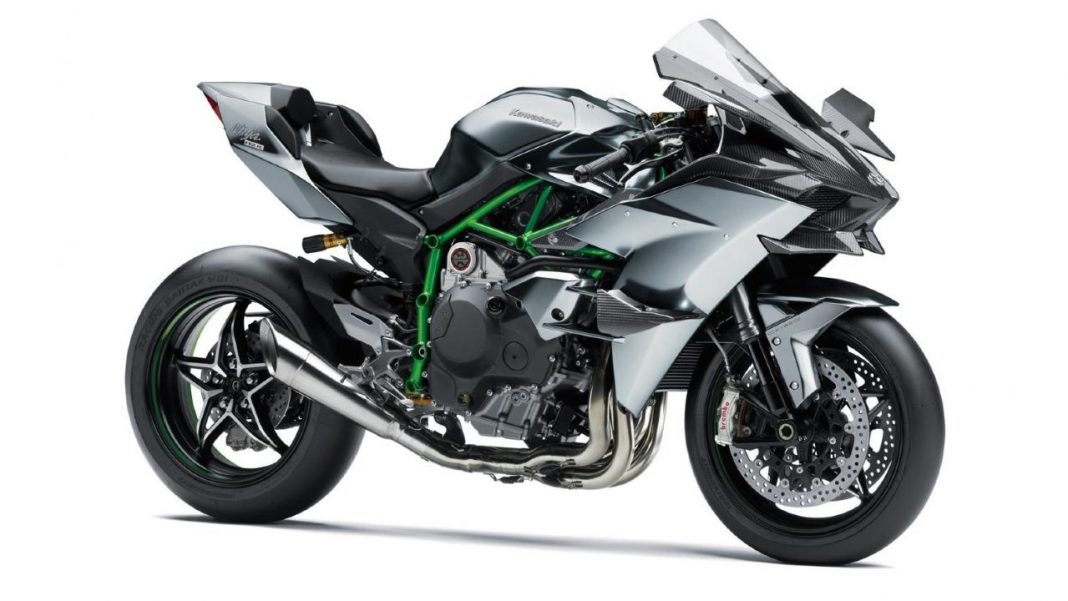 2021 H2R price is insanely high but it has no parallel! Imagine doing 400 kph on a motorcycle in less than 30 seconds? Possible!

Kawasaki has launched the 2021 model of its track-legal superbike Ninja H2R in India. This bike is one of its kind in the segment and has no competitors.

And for that reason, the 2021 Ninja H2R costs a whopping INR 79.90 Lakh (ex-showroom). The liter-class machine boasts of a Euro-5 compliant 998cc supercharged inline 4 engine and can produce earth-shattering 310 PS of power at 14,000 RPM. With the front ram air intake outlet, this superbike’s power can further amplify to 326 PS. It churns 165 Nm of maximum torque at 12500 RPM. With a carbon fiber bodywork, this Kawasaki superbike weighs 216 kg.

The Kawasaki Ninja H2R falls in the category of rare machines that usually find a place in garages that holds similar exotic machines. It is legally not allowed to ride on the Indian roads.

As it’s a track bike, the Kawasaki H2R has been laced with cornering ABS which the Japanese automaker dubs as a six-axis Internal Measurement Unit or IMU.  Also, the bike has launch control and multi-level traction control. To help the H2R bolt through the tracks, Kawasaki has fitted it with aerodynamic winglets and blades. This bike doesn’t come with stock mirrors as it is not road legal. Hence, the blades replace the mirrors right beside the cowl.

The Ninja H2R 2021 gets a 6-speed gearbox that supports auto-blipper and quick-shifter for clutch-less transmission during track racing. The clutch is equipped with Slipper-and-assist feature for ease of gear change while the riser will be busy speeding on the track.

Apart from the price hike, the Kawasaki Ninja H2R doesn’t offer any mechanical changes. Recently, in the Ninja range the ZX10 R BS6 has been the latest addition as the road-legal track machine which retails at INR 15 Lakhs ex-showroom.

Is Kawasaki Secretly Working on a 400cc inline-4 Sports Bike

At the entry range, Kawasaki has also introduced the BS6 compliant Ninja 300 without a lot of changes.