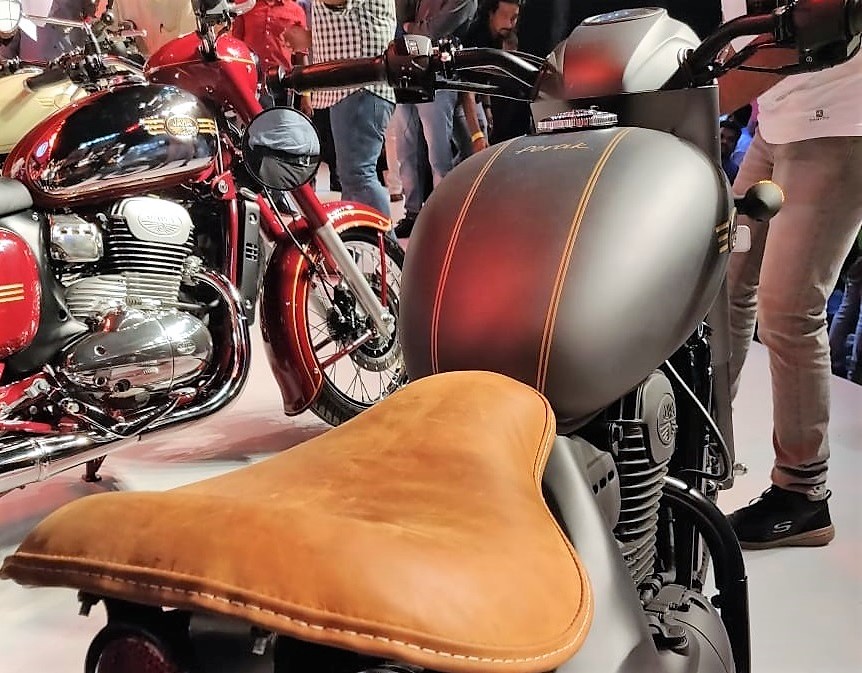 A glimpse into Jawa’s upcoming motorcycles on 15 Nov will give us a hint of the direction in which the brand intends to move, after it managed to create the initial stir…

Jawa has sent out media invites for an event scheduled for the 15th of November. Exactly on this day last year, Jawa announced launch of two models – Jawa and Forty Two, deliveries of which they have not been able to sort even till now.

Marking the first anniversary of the brand in India, Jawa’s invite shares a silhouette of the Perak with a text –

“Embrace Your Dark. Join Us In Unveiling the Next Chapter of Jawa“.

Jawa officially launched the Perak at the same event last year and announced Rs 1.89 Lakh ex-showroom as its price tag and its deliveries were to commence from early-mid 2019. However, because of internal issues Jawa could not sync its production with the demand and the Perak got delayed.

Perak is a bobber-styled motorcycle which comes with a new rear subframe and single seat. It sports a bigger 334cc engine and produces higher 30 bhp of peak power and 31 Nm of max torque. It is equipped with front plus rear disc brakes.

All 90 Winners of Jawa Special Edition Announced: To Get Urgent Delivery

Apart from the Perak, Jawa will also introduce two new motorcycles in the coming eighteen months. Announcement of all the three (including Perak) will take place on the 15th November event. It is not known if the company will go ahead and showcase the two models or keep the event just for the announcement of these models.