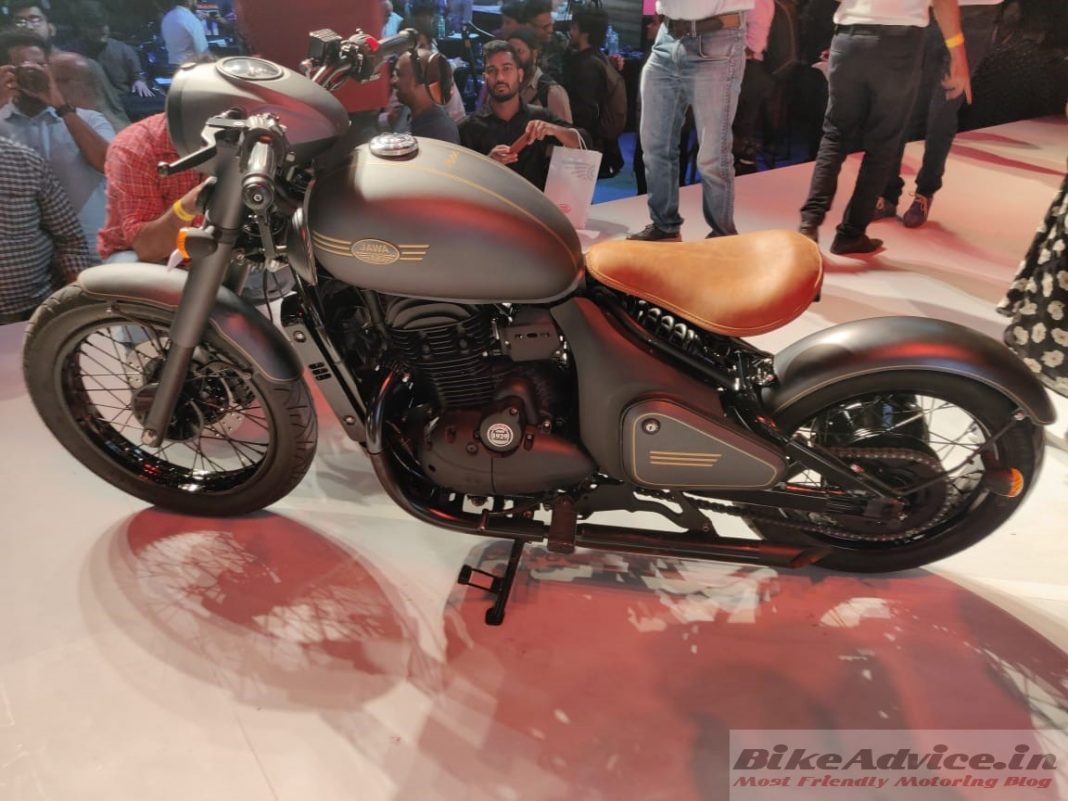 Jawa Perak deliveries are still at least nine odd months away as has been revealed by company chief.

Along with the Jawa (Classic) and Forty Two, Jawa also launched an even more interesting motorcycle – the bobber Perak (link to launch article). They announced that the motorcycle will be available at a much later date, however, they went onto reveal its pricing and other specs.

Perak will come with a bigger 334cc which can belt out 30 bhp of peak power and 31 Nm of max torque. In comparison, the other two motorcycles are powered by 293cc version of the same engine but as a result of smaller displacement, they produce lesser power output of 27 bhp and 28 Nm (of torque).

More than the engine, it is the design of the motorcycle that has garnered a lot of interest and attention. The matte black coloured Perak of the event (that’s the only time we have seen it) is expected to come with dual channel ABS as standard from day one.

Ending speculations, Classic Legends’ CEO Ashish Joshi, revealed to Business Line, that deliveries of Perak will commence from Quarter 4 of this calendar year. This means that Jawa has sketched out a timeframe after September 2019 (Q4 will mean October to December), which is when they intend to let out Perak to its potential customers.

It must be known that they are not taking any bookings for Perak at this point of time. Basically, they will want to first take time to settle down with the production, current backlog of existing deliveries and other processes before venturing into something new.

Perak, the premium-most version in the lineup was announced at Rs 1.89 Lakh ex-showroom Delhi. It remains to be seen if it will be offered only as a single seater as the display model.