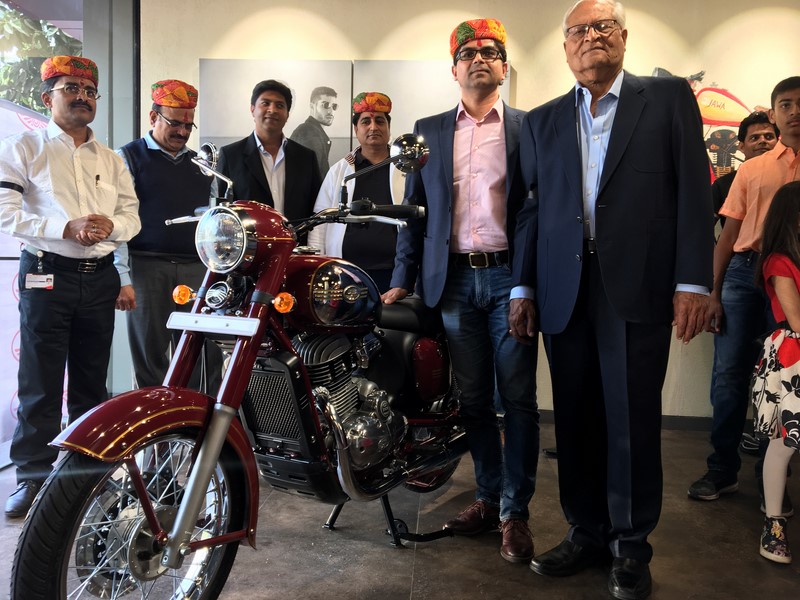 We share Jawa Indore address, price and other details…

Though Jawa may have been slow and underplanned with its production, it is going all guns blazing with respect to its dealership base. They have launched its Indore dealership which marks the brand’s entry into Madhya Pradesh. Jawa Indore is the brand’s 44th officially operational dealership in India.

Like all its other dealerships, Jawa Indore also has been designed as more of a biker’s cafe with sit outs for chit-chats, bookshelf for readers etc.

It is interesting to note that Jawa only has this one dealership in Madhya Pradesh – the state where the motorcycle is being produced. There is none in the state capital Bhopal yet! Another striking bit is the price – In Indore both the Jawa 300 as well as Forty Two are priced Rs 1000 more than Delhi.

*all above prices ex-showroom in Indore

Apart from these two, Jawa will also launch their third motorcycle Perak which is powered by a slightly bigger version of the same engine and very recently they have revealed its timelines for our market. There is another retro classic being prepared for our market which will rival both Royal Enfield and Jawa from this manufacturer.