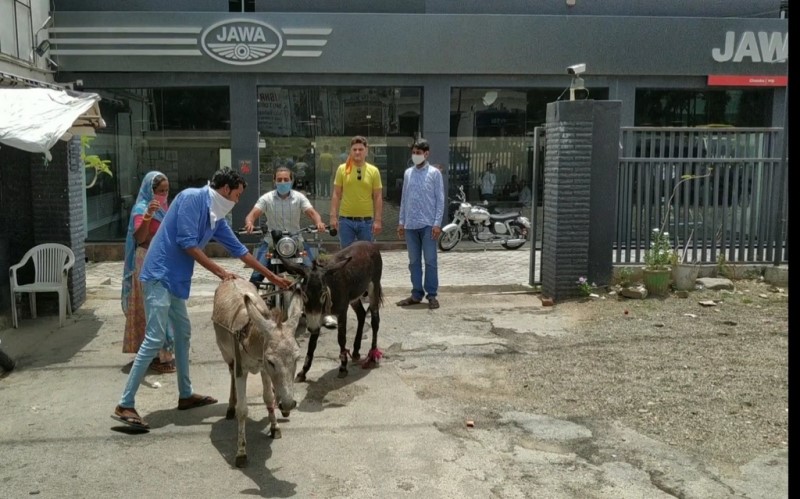 Multiple Jawa Forty Two problems and no concrete response from the dealership compelled an Udaipur biker to organize a protest!

When a person purchases a new vehicle, it is with a lot of aspirations and expectations. It is because, for most of us in our country, our bikes and cars are our most prized possessions. In such a case, if the vehicle turns out to be a lemon it can, simply, be counted as one of the biggest disappointments.

In one such case, a disappointed customer has found out a unique way of expressing his displeasure. A person named Abhayraj Singh, a working student who hails from Udaipur, purchased a Jawa Forty Two last September with high expectations.

Now, he claims that his bike has broken down three times in eight months of his ownership. In an email that he has written to Jawa, he has mentioned that the motorcycle stops working every time he takes it for a distance of over 100 km. He explains that the bike had stopped working when he was 112 km, 55 km, and 37 km away from his home.

Because of that, he had to get the bike towed to the dealerships by paying huge sums from his pocket. And despite multiple attempts, the dealership was not able to resolve his issues. He goes on to say that he is neither happy with the bike, not with the staff of the dealership, who apparently takes 15 days to repair and return the bike every time.

Further, on July 6th, Abhayraj posted a screenshot of his email on Twitter and tagged Anand Mahindra (Group Chairman of Mahindra), Ashish Joshi (CEO of Classic Legends), and Jawa’s official Twitter handle. Post that, the company reached out to him asking further details, which he provided. However, he claims that the issue was not resolved as of August 2nd.

Irked by that, he registered his protest against the company by organizing a ‘Donkey Ride’. He has requested the company to provide him a satisfactory solution, failing which he says he would approach the court to get his money back.

While this incident has attracted the interest of the nation, it surely damages the company’s reputation which is already reeling under the anger of a lot of disgruntled customers who have been waiting for their motorcycles for months. We hope Jawa takes the issue on priority and resolves the issue of the customer’s Forty Two at the earliest!