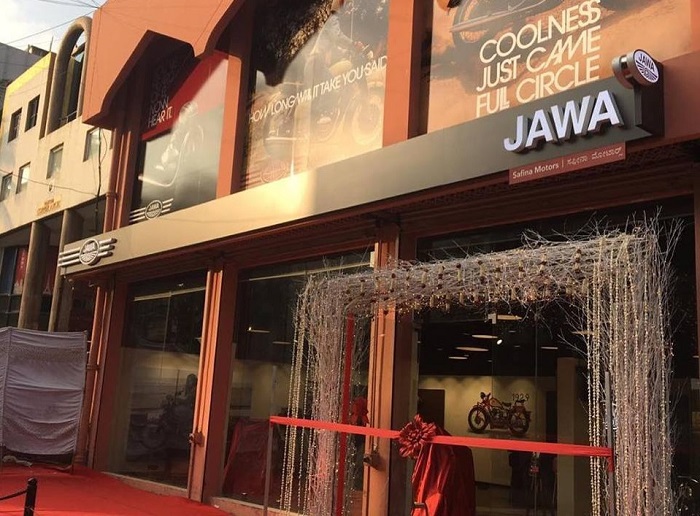 Jawa dealerships will soon be open in 93 cities across India which is some serious expansion!

It can not get more aggressive than this; Jawa is expanding like crazy! In a word given to Business Line, Classic Legends Chief Executive Ashish Joshi, said that they have already signed up 105 dealerships which will start working from February 15th.

Further, they also hope to rope in few more and intend to touch 120 dealerships by March this year. These 120 Jawa dealerships will span across 93 cities and Jawa says this way they will cover 80 percent of the market. But surprisingly, despite the fact that they are producing it in the state of Madhya Pradesh, we do not see the state’s capital (Bhopal) in the list yet!

After a year, the growth plan includes penetrating into more B & C towns. With such a massive backing of network in such a short time, Jawa is playing it really well. We have not seen a new entrant expand so quickly and it is imperative that Mahindra’s experience would have helped them.

It must be known that Jawa announced the launch of their first two motorcycles Jawa 300 and Forty Two back in November last year. However, deliveries are slated to commence later this month, after a gap of about three months (more details).

They have also officially announced the dual-channel ABS equipped versions of both the motorcycles which will start getting delivered after June. Also in pipeline is the flagship 334cc Perak which is an end-year candidate (more details).