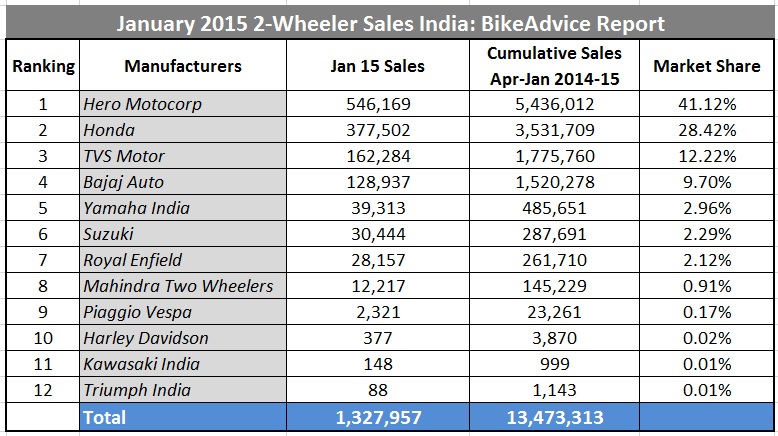 The now-growing two wheeler industry continued to post good sales figures despite the increase in excise duty which directly led to manufacturers increasing their motorcycle prices. Continuing our monthly report on 2-wheeler sales, here it is for the month of January 2015. 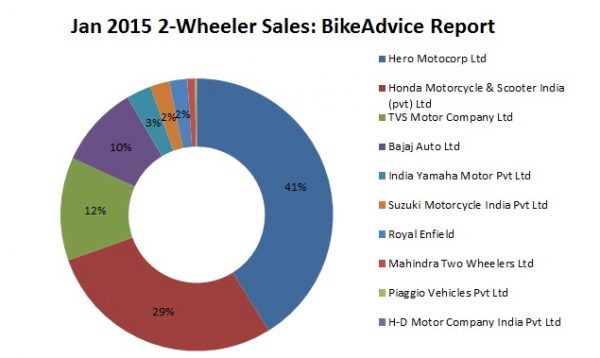 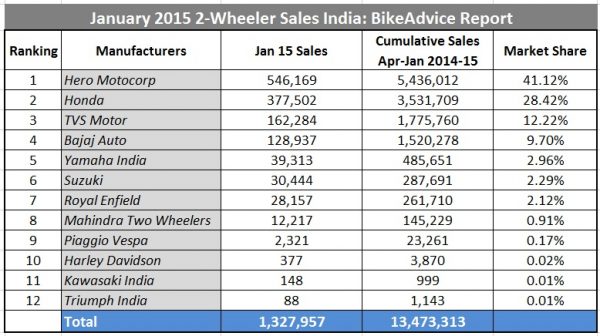 Note: These are official SIAM-shared sales figures and represent only domestic sales.