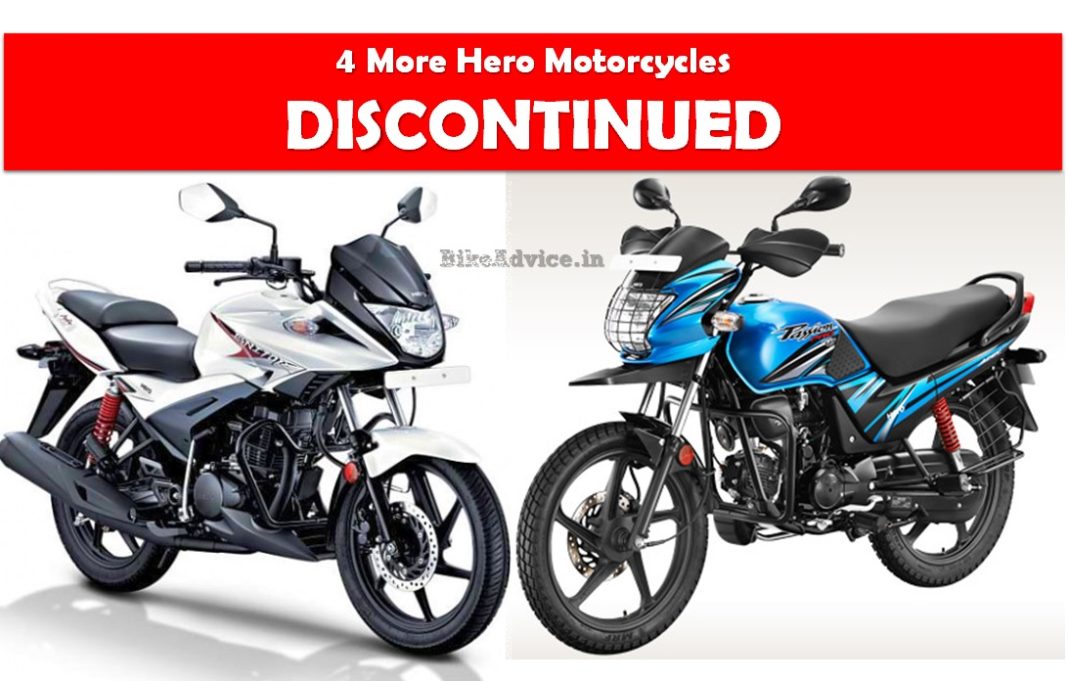 Along with the truckloads of other motorcycles Hero has discontinued in these months, we have some more which add to the tally.

Hero has also axed their semi-faired 125 cc Ignitor which was a rebadged Honda Stunner. The motorcycle, in its last phases of existence, was doing higher sales than sibling Stunner (which has been axed long back).

From the Passion range, Hero has taken off the Passion XPro as well as the Passion Pro TR. The Passion XPro carried Honda’s newer 110 cc engine which may have been one reason of its ousting. Hero may launch a new variant of Passion with their indigenous 110cc which propels the current Splendor iSmart.

On the other hand Passion Pro TR, which was promoted as an off-roader kind of a motorcycle was a drab idea from day one. Though Hero will never share its individual sales, but we have never seen one motorcycle on the road yet!

This also means curtains to Hero’s entry motorcycle HF Dawn. Dawn was the entry point in Hero’s motorcycle range and for the last many month’s we noticed that Hero was clearing the already produced stock. This leaves the company with HF Deluxe as the cheapest model, followed by a few variants of Splendor, Passion and Glamour in the 100-125cc commuter segment and Achiever as well as Xtreme Sports in the 150cc segment.

Though Hero is still keeping the Karizma ZMR on its website (they have taken Karizma out) but a confirmation of its BS4 model is still pending and we are still waiting for last month’s data to ascertain if Hero actually continued producing the motorcycle, which we doubt!