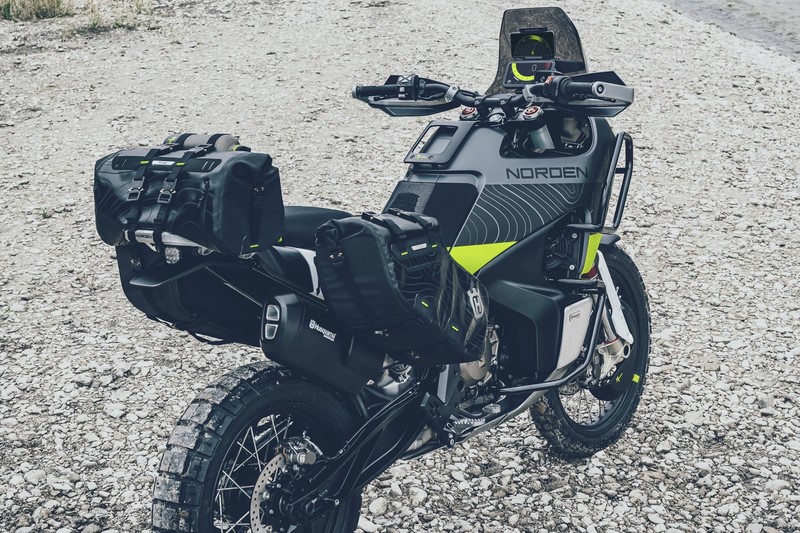 Husqvarna is owned by KTM where Bajaj has a near 48 percent share. It is then natural to expect fireworks from whatever they produce. Few weeks back, at EICMA, Husqvarna unveiled Norden 901 adventure concept and later confirmed that it will be taken to production.

In a latest revelation, Bikewale reveals that Husqvarna is working on a host of other smaller adventure motorcycles as well which will be sold under the ‘Explorer’ moniker. The mid capacity range will comprise Explorer 250, Explorer 401 and Explorer 501.

The Svartpilens and Vitpilens so far are based on the respective KTM Dukes and these Explorers are expected to share underpinings with the newly unveiled mid capacity KTM’ s Adventure series. The 390 Adventure will be launched in India next month and it will also go to many other markets. Similarly, the 250 ADV is expected to go to various markets sometime next year.

Likewise, the Explorer 250 is expected to be based on the 250 Adventure and the 401 could, then, share 390 Adventure’s platform.

The Norden concept suggests that adventure motorcycles under the Husqvarna brand will not be extremely edgy as the KTMs and instead they will be curvier and feature different styling.

Since these appear to be very initial leaks, we expect the first Explorers to be ready in the coming two-three years and their first unveilings may take place a little sooner. With such a barrage of small capacity ADVs, will KTM/Bajaj/Husqvarna become the goto brand for most of the adventure enthusiasts…?