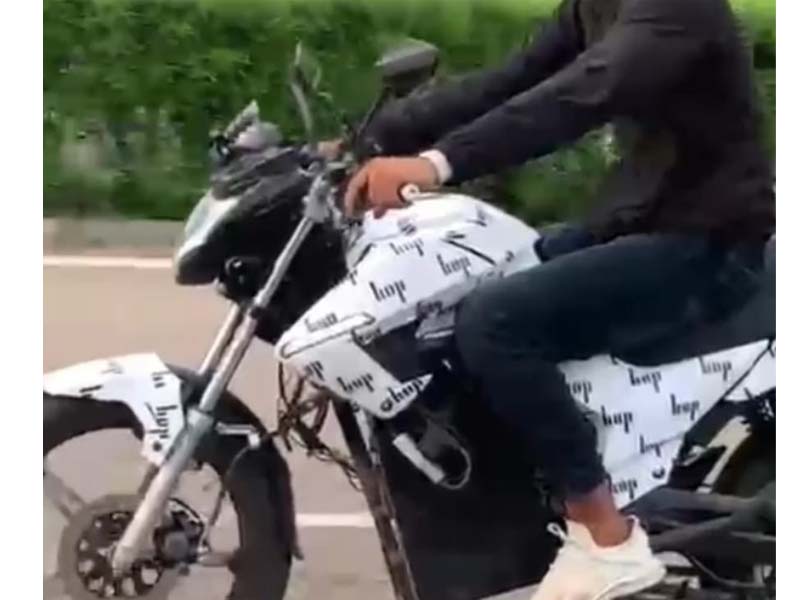 Hop Oxo electric motorcycle launch is planned soon by the company. It has impressive specs, range and design theme…

Yet another maker which goes by the name of Hop Electric is trying to get limelight in this new Indian electric 2-wheeler scenario. A quick glance at its website reveals that it already sells a few electric scooters.

Up next is the company’s electric bike which will be called as OXO that is currently under tests. According to the website, Oxo 100 will have a top speed of 100 kph along with a range of 100 km (may be that is why that synonym 100).

The ‘OXO’ test mule is fully wrapped in HOP’s logo. According to the design sketches shown on the website, the Oxo seems like an interestingly styled motorcycle with streetfighter, muscular design.

The Oxo will will rival the popular Revolt Motorcycle RV400 and has quite competitive specs. This e-bike will be launched in India very soon.

With the introduction of OXO, HOP Electric wants to prove that a comfortable and stylish design, high power electric motor, and good speed are possible in an electric two-wheeler and hence people should shift to electric mobility instead of ICE-based two-wheelers.