Barely a few days back, Honda was caught testing two of its interesting two-wheeler models in India – mini bike Grom and retro-classic scooter Scoopy. There were, then, obvious chirpings of their Indian consideration because they also fit the current Honda’s mindset of ‘small capacity volume products in niche sub-segments‘ which they can introduce in India.

NDTV enquired about both these products and asked Mr Y.S. Guleria, Senior Vice President, Sales and Marketing, Honda India about their plans with respect to these products and the basis of their spotting on our soil. To this, Mr Guleria said..

“Any testing which is happening in India probably may not be only for that model. There are sometimes some technology, some specifications, some features, so it’s an ongoing process. So I would request not to read too much into it, and say that a similar kind of model would be launched in the market, ” 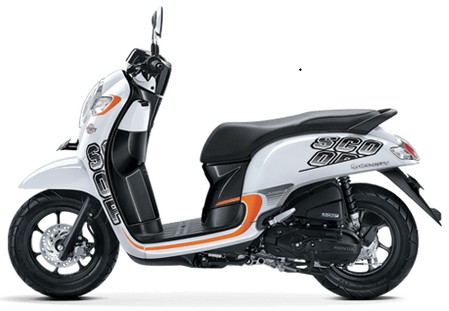 This is almost a direct confirmation that both these products are not being tested for India which annuls their Indian launch prospects. However, as said, through these models Honda may be testing something for our market – could be either of the engines, their platform, some technology in them or a particular feature which could be provided on existing or upcoming Indian models.

Honda India has announced that they will launch four all-new products within this year. One of them, Africa Twin, has already been introduced and we wait some concrete info on the remaining three…