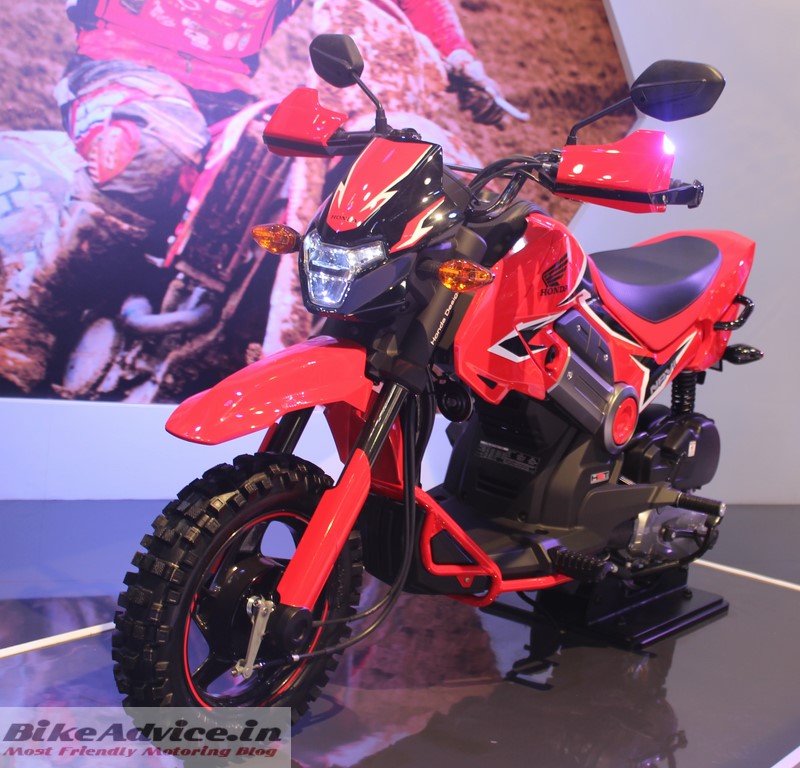 Honda at the Auto Expo 2016 launched an interesting product – Navi. While some may say it has clear resemblance with the Honda Grom sold in South East Asia, the fact is that Grom is a proper motorcycle whereas Navi is basically a scooter with a design of a motorcycle. Honda also informs that Navi’s R&D was done completely in India.

Yes the Navi does have love it or hate it kind of looks but the idea seems interesting. We have talked about Navi’s launch and price here. Apart from the production-spec for-sale scoot, Honda also kept on display three eye-catching concept models of Navi which are also expected to be launched sometime later, based on the response the base Navi gets. Here we have a few more details and pics of the respective Navi concepts…

The peppy looking crossover would look straight at home for new motocross lovers. The front mud guard has been raised and the levers get handguards. 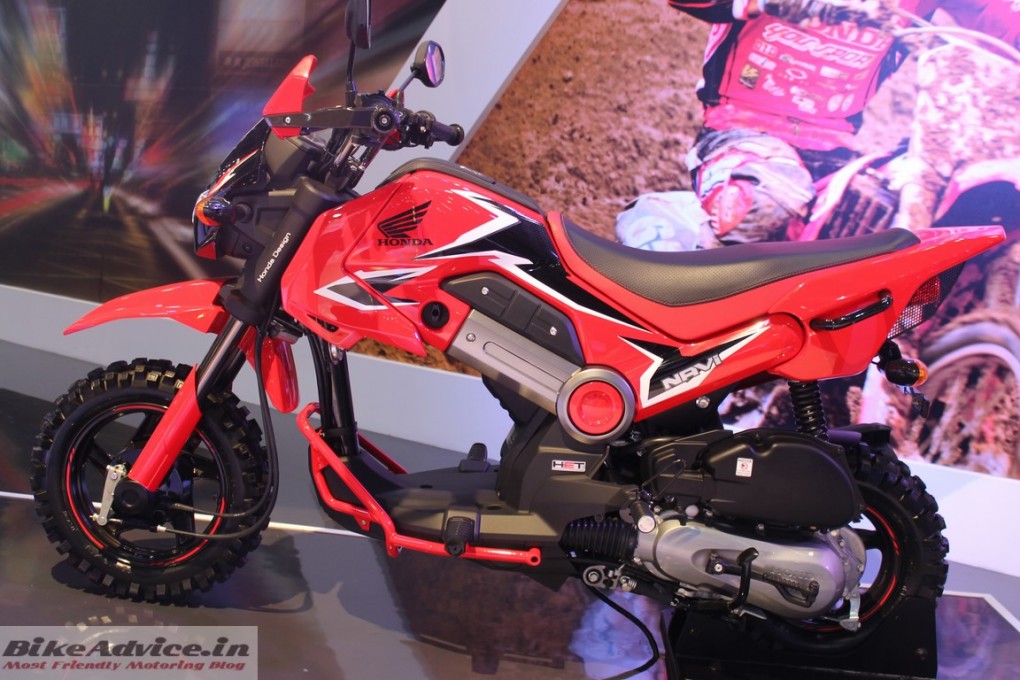 The front forks gets additional protective guards and the tail has been elongated to mimic a proper off-roader. the wheels too as chunky and off-road worthy. 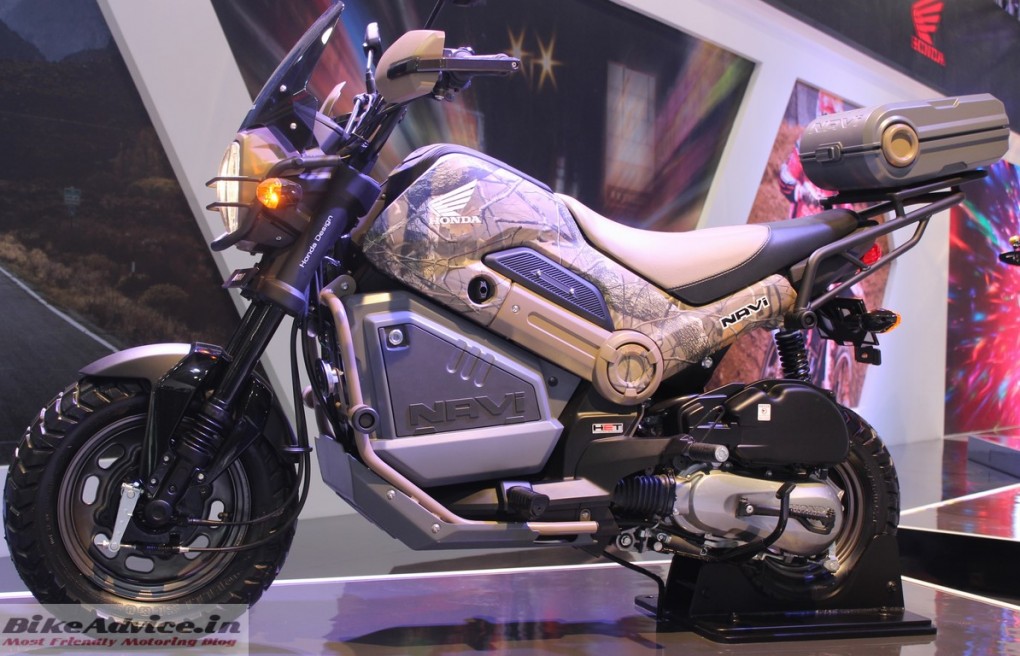 Apart from a funky paint job, the Adventure concept gets front head lamp protectors, handguards, carry cases for luggage and a dual tone seat. The pillion too gets a comfortable foot rest. Oozing of sophistication the Navi Adventure is the most practical model of the list and can be expected to hit production the first. 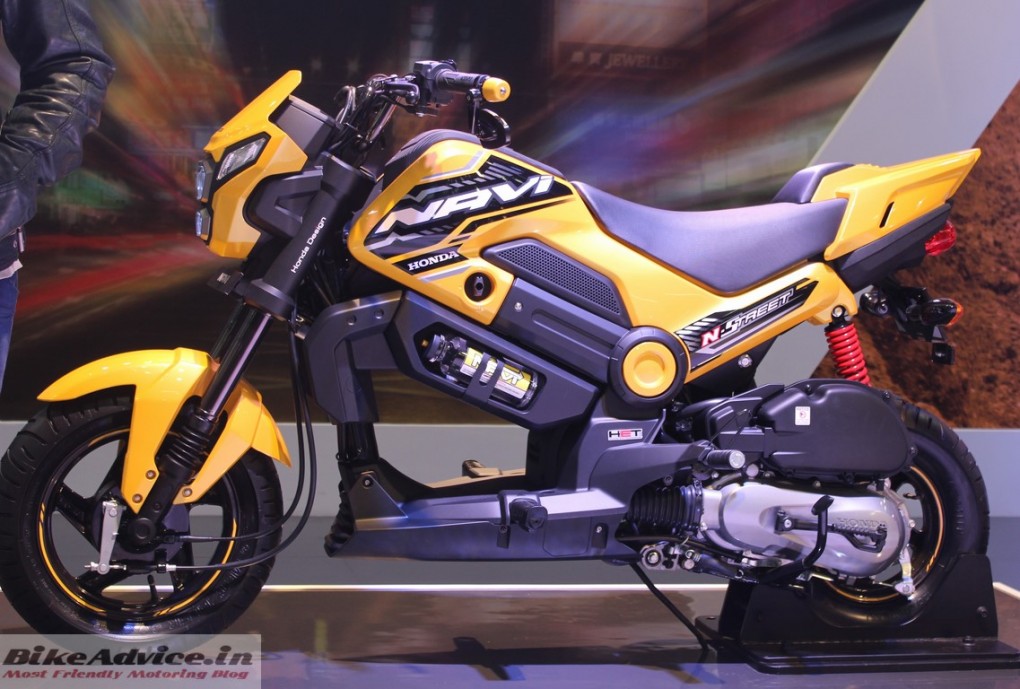 The street sport version of the Navi, the N-Street concept gets a redesigned head lamp cluster with a bikini fairing. The seat has been split into two and the rear view mirrors have been moved to the end of the handle bar.

Do let us know your views on this peculiar 2-wheeler Navi and do you think it can be a game changer for Honda in the 100cc segment?