If looked in isolation, Honda’s Unicorn 160 is doing fairly well but when you combine the complete segment you begin to understand that Honda’s 150-160 cc share has gone down ever since it discontinued the older Unicorn 150. We have also shared a related report back in July last year when Uni 160 outsold all the Yamaha’s 150ccs combined but its corresponding sales were still lower than Uni 150 (link to report).

To give you an idea, average sales of Unicorn 150 in last fiscal were around 19,000-20,000 units per month whereas Unicorn 160 was able to manage around 13,000 units monthly sales*. So, there is a clear gap and it is just an inference of the fact that Unicorn 160 is placed at a slightly premium segment and hence many prospect customers consider some other cheaper alternates. The new Hornet 160R may probably bridge this gap but that’s not the idea really! With more models you intend to try and increase your share. 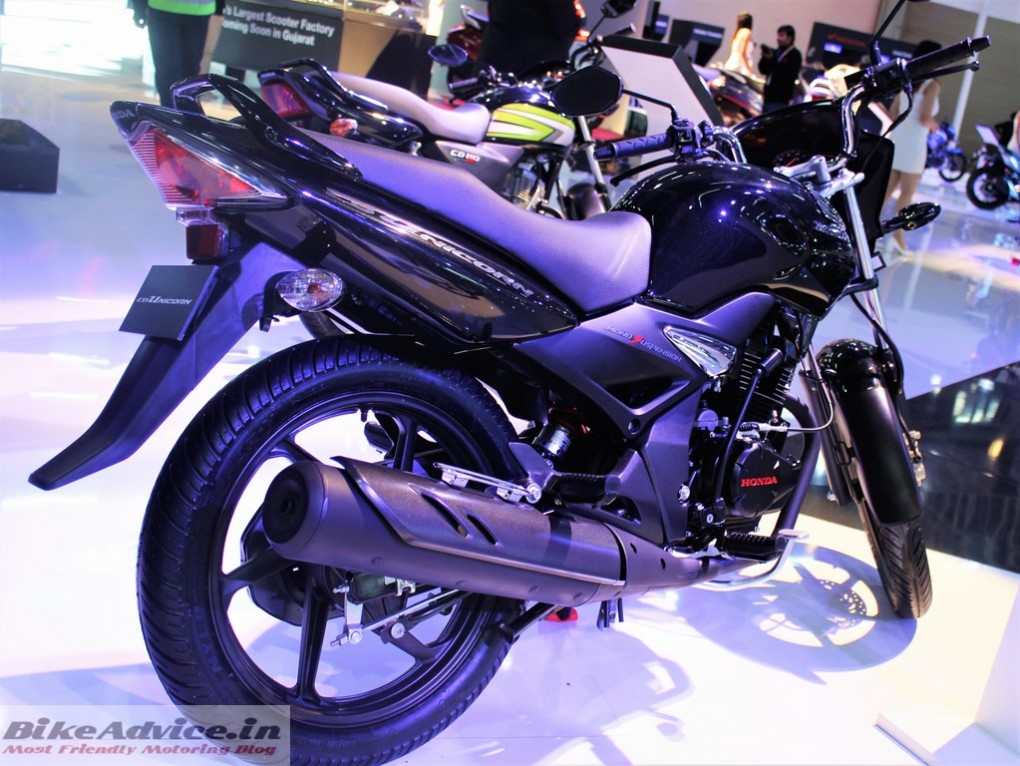 A new bare-bones low-cost motorcycle in this segment by Honda was expected but they surprised everybody by re-launching the older Unicorn 150 again in the market. I expected them to develop a new motorcycle with the 163 cc engine, probably dual-shock absorbers at the rear minus some features, but they may have saved it for some other time.

Though Honda may claim that there was public demand (which is not entirely wrong) but the real reason for bringing the older model back is the resultant downfall of Honda’s sales in the 150cc segment.

There is no visible cosmetic or technical change in the Unicorn 150 that has been re-launched. It continues to look absolutely the same and produces 13.14 bhp of peak power at 8500 rpm and 12.84 Nm of maximum torque at 5500 rpm from the 149.1 cc air-cooled engine. In fact, Unicorn 150 was not discontinued from production – it was exported to some markets.

Honda has not revealed the price of Uni 150 at the Auto Expo but we expect it to be around Rs 67,000 ex-showroom in Delhi, which will keep it well-distanced from the bigger Unicorn 160 which starts at Rs 72,412 (ex-showroom Delhi). However, we still see cannibalization between the Unicorn siblings – in fact the Uni 150 (if distribution is not controlled) may outsell the 160 and the net gain may not be as desired. Let’s see….