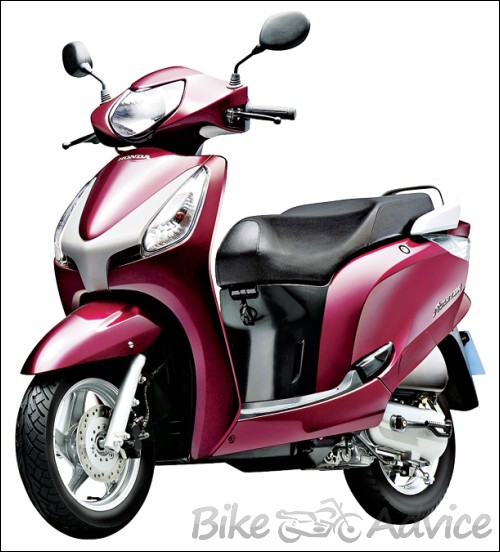 Honda Motorcycle & Scooter India (HMSI) is working towards strategies to better its position in the Indian motorbike market. The Heart of the strategy involves seven fully functional manufacturing units by 2020.

Talking about products, we had a few reports which revealed that Honda is working on a 125cc scooter which will be launched around this time. Now, according to a report by Autocar Professional, Honda is indeed launching a new scooter this month but they claim it will be another 110cc model codenamed as ‘K24A’.

This goes against the earlier report which predicted a 125 cc automatic scooter based on Activa/Aviator platform to take on Suzuki Access, Vespa VX and Mahindra’s 125cc power scooters. With no 125cc automatic scooter in their portfolio and customers looking for a more powerful alternative, a 125cc scooter with class leading performance and Activa’s versatility seemed a sensible bet.

Autocar Professional’s recent report on the 110cc model from its Manesar plant is a little puzzling. How and where will Honda position the scooter, which will be fifth 110 cc automatic scooter in its product line up?

With Activa-i aimed as an entry level scooter, Dio aimed at youngsters, Activa and Aviator available for family persons, we are not sure where will the new Honda scooter will fit in, if it is a 110cc motor. Nonetheless, Honda has been a shrewd player in the market and knows how and when to throw tantrums in the market.

We will wait for some more details to pour in to ascertain the cubic capacity of the upcoming scooter but, with frequent reports it almost becomes certain that a scooter is, indeed coming from Honda very soon.