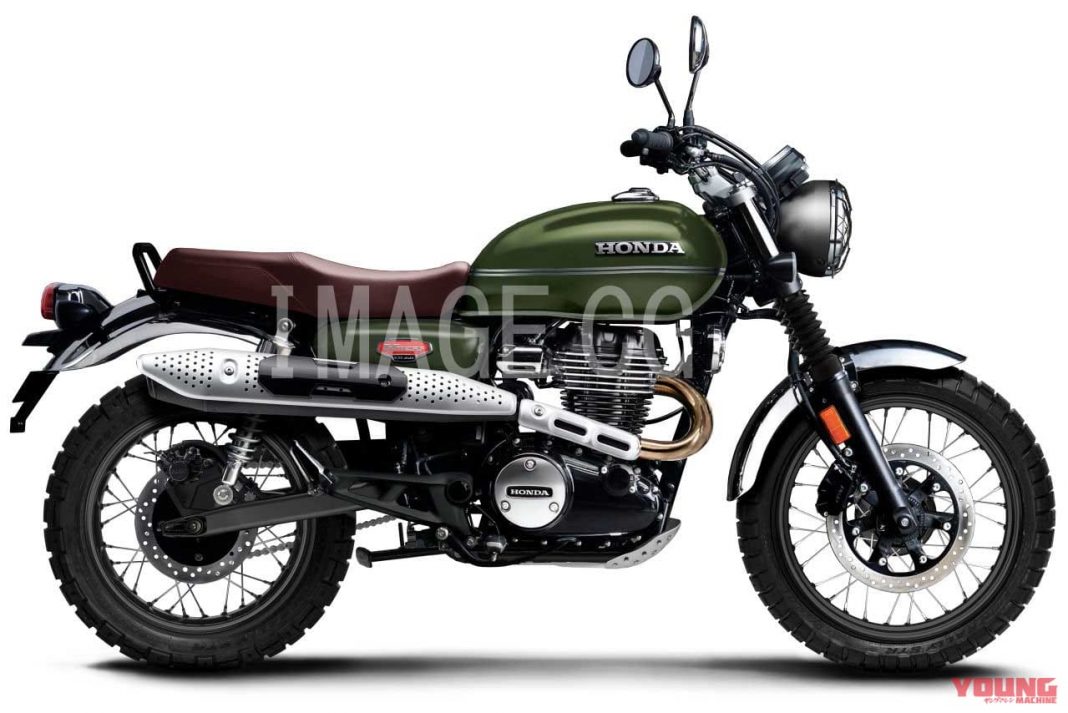 The company had already indicated ‘there will be more surprises in the near future’. Is the Honda CB350 Scrambler next one in the pipeline?

During the launch event of the company’s most important recent introduction H’ness CB350, Honda indicated that ‘there will be more surprises in the near future’. In fact, YS Guleria, Director of Sales & Marketing in the company clarified that there will be new launches under the Silverwing umbrella. Clear hints were given that Honda’s working on more models, which will be derivatives of the CB350 and that makes complete business sense as well.

In a latest development, rumors suggest that Honda may be planning to launch a scrambler based of the CB350. A Japanese publication Young Machine claims that Honda’s CB350 Scrambler may be the next product in the pipeline, post which there may be more variants…

From the speculative pics provided, in terms of design, the Scrambler is only expected to have different body panels, apart from knobby tires and spoke wheels. That apart, the publication suggests that the CB350 scrambler may come with long-stroke suspension and a 21-inch wheel at the front with block-pattern tyres.

We do not have a small capacity scrambler from any major manufacturer yet. Even Royal Enfield does not sell such a motorcycle yet. That makes us believe that this report could be true and the motorcycle may not be very far…