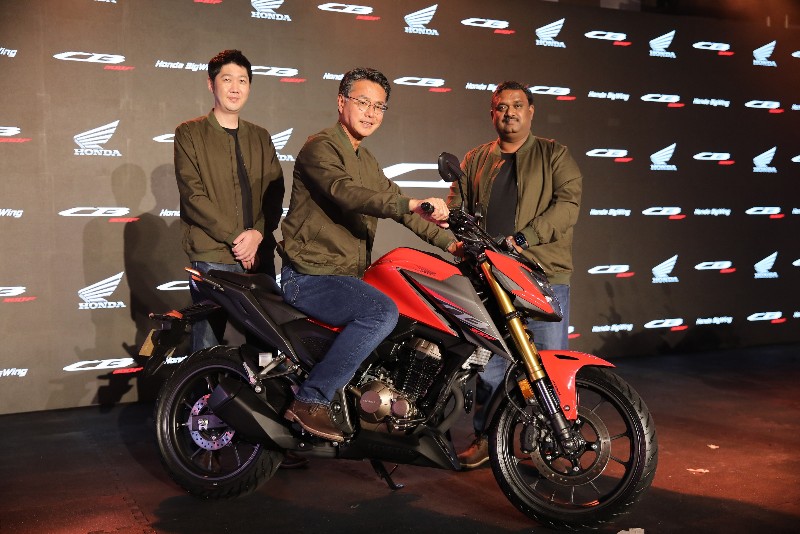 Honda CB300F price is well under the CB300R’s tag. It gets many interesting features including Smartphone pairability, traction control, etc…

At an event today, Honda revealed its ‘Formidable’ and it turns out to be the CB300F streetfighter. The motorcycle is Honda’s take against the entry level mid-sizers in the market.

The CB300F sports fat 110/150 mm tyres at the front/rear respectively – both 17 inchers. Braking is handled by a 276mm disc at the front and 220 mm rotor at the rear – further aided by dual channel ABS – which is standard on the bike.

At this price, the CB300F undercuts the sibling CB300R by a fairly big margin.

The motorcycle gets an all-digital display with HSVCS (Honda Smartphone Voice Control System) which means there is Bluetooth pairability and you also get the navigation functionality on the motorcycle.

Honda has opened bookings of the CB300F from today but remember it will only be sold through the premium BigWing dealerships across India. So, do you like Honda’s well-kept secret…?