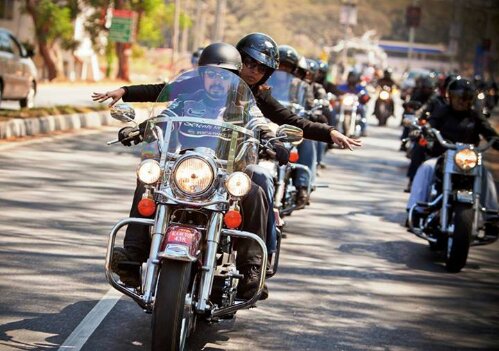 If it is the Himalayan Odyssey that every passionate Royal Enfield owner cherishes, then Harley-Davidson has a prompt retort :- The Harley World Ride.

Sample this :- On 23rd and 24th June, enthusiastic Harley-Davidson owners from all over the world burned rubber together to clock up 13 million kilometres within a short span of just 48 hours!! Isn’t it massive?? 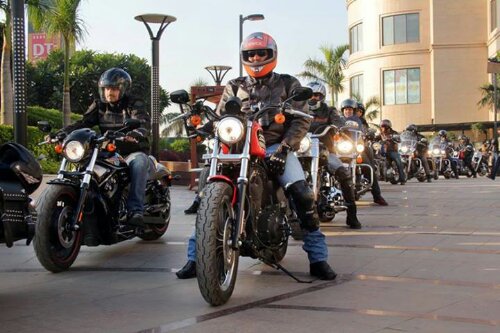 Having christened themselves as the H.O.G.s (Harley Owners Group), these lusty riders with their zesty bikes often come together to celebrate the spirit of brotherhood. On the occasion of their latest meet-up, they managed to accomplish a milestone in the history of biking, i.e. when they set up a record of 13 million kilometres.

Mr. Saurin Shah and Mr. Ricken Desai turned out to be the talk among all the Indian H.O.G.s, as they brought out the true character of their Harley-Davidsons through the achievement of their personal targets.

Mr. Saurin Shan from Nine Bridges Harley-Davidson, Ahmedabad covered a lengthy 1500 Kms within 48 hours and stamped his authority over the “Mile Muncher” honor. According to him, they rode to the Kanha National Park, accompanied all along by light monsoon showers. He admitted that being a part of a global event made them ecstatic. In his opinion, the true joy of riding can be experienced by riding in a group as it builds the bonds of camaraderie and brotherhood steadily, as the distance rode together increases.

If Mr. Saurin’s feat amazed you, then Mr. Ricken Desai’s achievement will probably give you a bout of senselessness. Hailing from Banjara Harley-Davidson, Hyderabad, he rode an astounding 6000 kms cumulatively with his fellow H.O.G’s. They plan to pile on more kilometers over 2013. Leaving all other H.O.G’s far behind and carving out a niche for himself, Ricken had the following words about a true H.O.G. – “He rides hard and fast into the sun-set, for him it’s the journey not the destination that matters.” 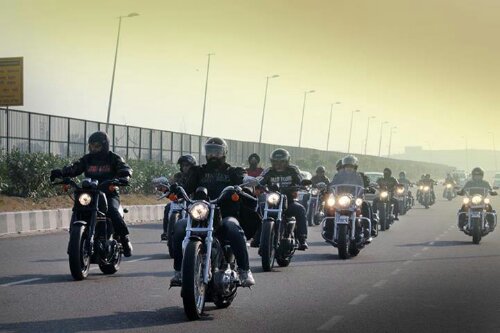 On a similar terrain as that of the RE’s “REunions”, Harley-Davidson’s “Million Mile Monday” was launched way back in 2008. It’s held on the last Monday of every June to provide an occasion for all Harley-Davidson riders to ride together and celebrate the joys of motorcycling. On this year’s edition, every Harley-Davidson owner logged in his clocked distance on the Harley-Davidson website’s online mileage accumulator.

At the end of the event, every rider was handed over a certificate stating the distance covered by him/her.

The Indian Chapters of H.O.G.s are well known for their die-hard spirit as well as their exuberance. Regular rides are organized to allow proud owners to meet with fellow Harley-Davidson riders, and then ride together, probably sharing a tale or two somewhere in between. Harley-Davidson has clearly stated that India is their next destination, but we do feel it will be a tough nut for them to crack.

Don’t you feel a somewhat less-expensive Harley-Davidson would help them to make further inroads into the market??