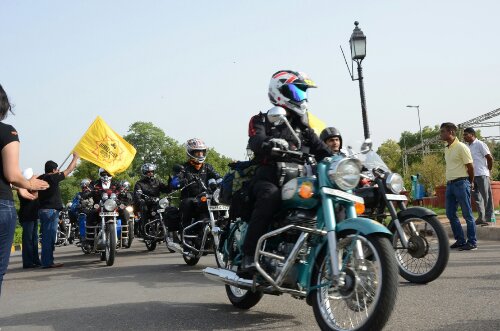 As you are moving your eyes along this line, a cavalcade of 100 riders are thumping their way in the Himalayan regions, inching closer to their destination of Khardung La, the world’s highest motorable pass at a sheer height of 18,365 ft. above sea level.

An yearly, non-competitive motorcycling event it is, known as the Royal Enfield Himalayan Odyssey. Started exactly a decade back, this event is now among one of the most watched-out-for motorcycling events in the world. In its 10th iteration this year, it involves exactly 100 riders from India as well as abroad, divided into two groups. Both the groups have already left Delhi from India Gate with blessings and good wishes from the Buddhist monks, and are scheduled to converge at Leh, with each group following its own pre-determined trail.

The cavalcade will chart almost 2700 kms in 17 days. The riders will have to negotiate the treacherous twists and turns of Parwanoo, Narkhanda, Keylong, Sarchu via Kalpa and Kaza region. Some of these areas are challenging enough to bring even the most seasoned rider down on his/her knees. The Royal Enfield Himalayan Odyssey thus provides a fabulous chance for riders to test their skills and push their Thumpers to its limits. 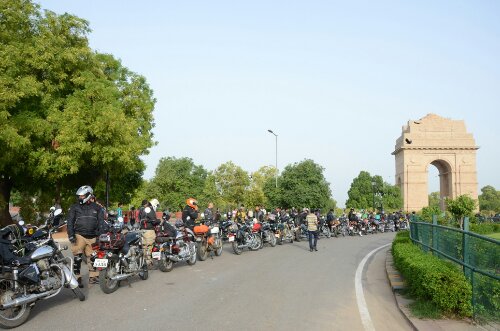 The two wings of the cavalcade are set to meet at Leh on the 30th of this month. To commemorate the 10th Year of the Himalayan Odyssey, Royal Enfield has an ace up its sleeve. They have the first ever REUNION North planned for the 30th June at Leh. After the two distinct groups meet up, there will be a splendid opportunity for them to spend a joyous day in and around the city of Leh, rejuvenating themselves in a tranquil environment far from the hustle and bustle of the concrete jungles.

There’s still more!!! Royal Enfield REUNION North will have numerous events for the participants like ‘Slow Race’, ‘Assembly Wars’, ‘Figure of 8’ and ‘Carry Your Bike’. And as a final hurrah, the REUNION North will have the entire contingent of the 10th Himalayan Odyssey and REUNION North participants riding around the city of Leh. After that, the groups will turn back towards Delhi. One group will take the way out from Tsokar, whereas the other will follow the sand dunes of Hunder to finally make their way back to Delhi on 8th June, drenched in the sweat of grit, guts and glory. 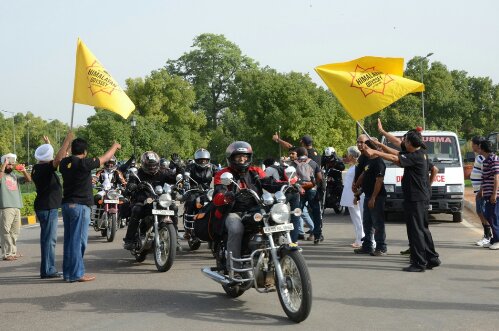 Keeping in tune with its efforts to retain the cult status of Royal Enfield as a brand, the manufacturer has been organising rides and jaunts for long. Mr. Shaji Koshy , Senior Vice-President Sales & Marketing Royal Enfield was present to flag off the massive contingent of 100 Royal Enfields from the India Gate, New Delhi. After the noise subsided ( Awww ! ), he mentioned that the Himalayan Odyssey has been growing in fame and stature over the years, and this year they have the largest number of attending riders, pegged exactly at a hundred. He also stated that this year they have riders from the smaller cities like Bareily, Kannur in addition to those from the metropolises.

A sly, call it canny if you will, marketing move by Royal Enfield, these rides create a great opportunity for Thump Lovers to bond over their beasts and test their skills in the process as well. In the meanwhile, it also helps to take the focus off other pressing issues, the hum-dum of city lives being one of them.

Don’t you feel other manufacturers should also organize such get-togethers??