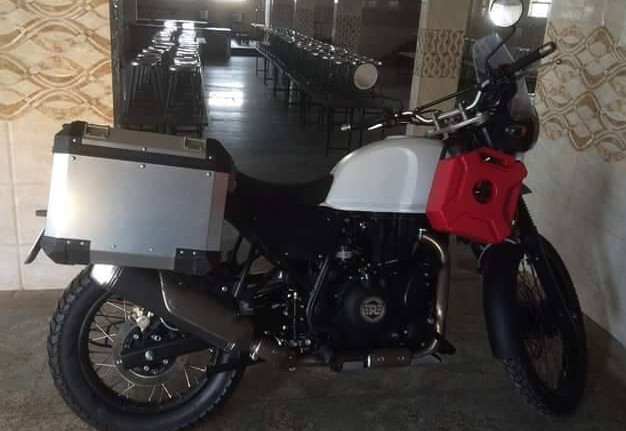 Royal Enfield has shot us an official ‘Block your Date‘ invite for February 2nd . They have just revealed that it will be a press conference with Siddhartha Lal, MD and CEO of Royal Enfield.

Digging a little we come to know that it is the launch or the unveil of the much-awaited ‘Himalayan‘ motorcycle – RE’s first all-new product after the Continental GT which was introduced way back in October 2013. It must be understood that the Chennai based manufacturer is not participating in this year’s Auto Expo and this date falls just ahead of the official first media days of the Auto Expo (3-4th Feb).

So, all of you who love long-distance touring, your motorcycle is coming very soon….

Royal Enfield’s upcoming monoshock adventure tourer, Himalayan is back in the news with a fresh sighting by the folks at PowerDrift in what appears to be its production ready form. Interestingly the bike continues to sport the side panniers whereas the top case mount is absent. The much awaited motorcycle is powered by an all new oil cooled engine.

The test unit also gets auxiliary fuel tanks on the sides attached to the frame near the primary fuel tank. These though will most probably be offered only as an accessory but will be a big asset for all those into serious long distance touring. The fuel tank and rear tail sports the ‘Himalayan’ brand name which, for the first time, almost confirms the commercial name of the motorcycle (yes Royal Enfield has never revealed the name officially or unofficially yet).

The exhaust canister gets some minor differences as compared to the units spotted earlier. It sports a slightly different chrome tip and gets a heat shield. The bike is seen sporting a saree guard which gives further proof of its production ready state. 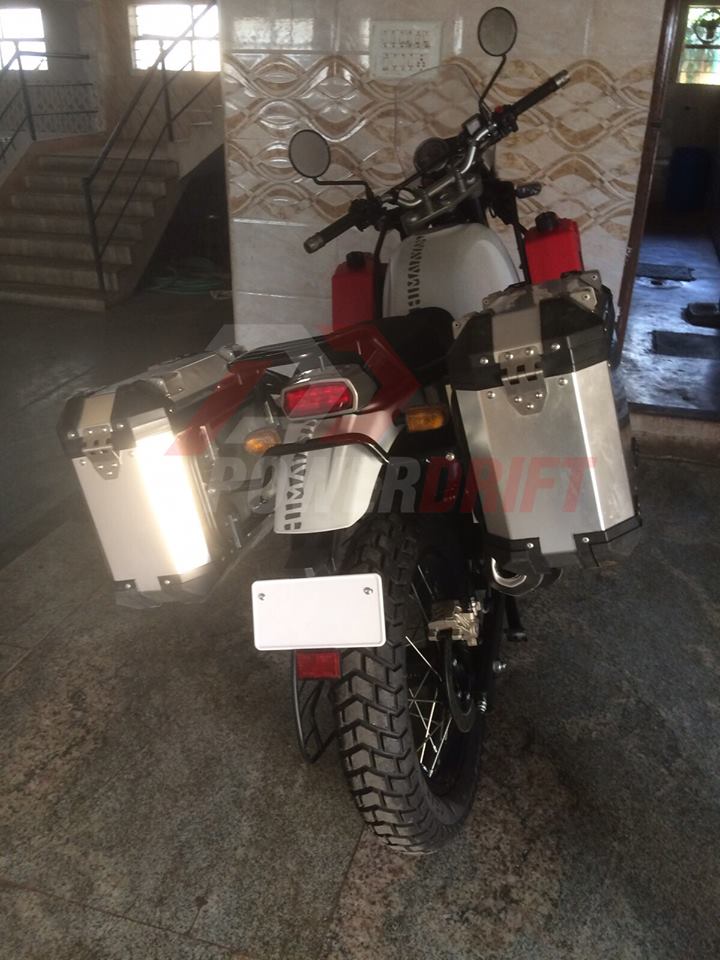 The manufacturer has been trying to solidify itself as a significant player in the medium capacity motorcycle segment not only in India but the world over and Himalayan will be a major step on that journey. 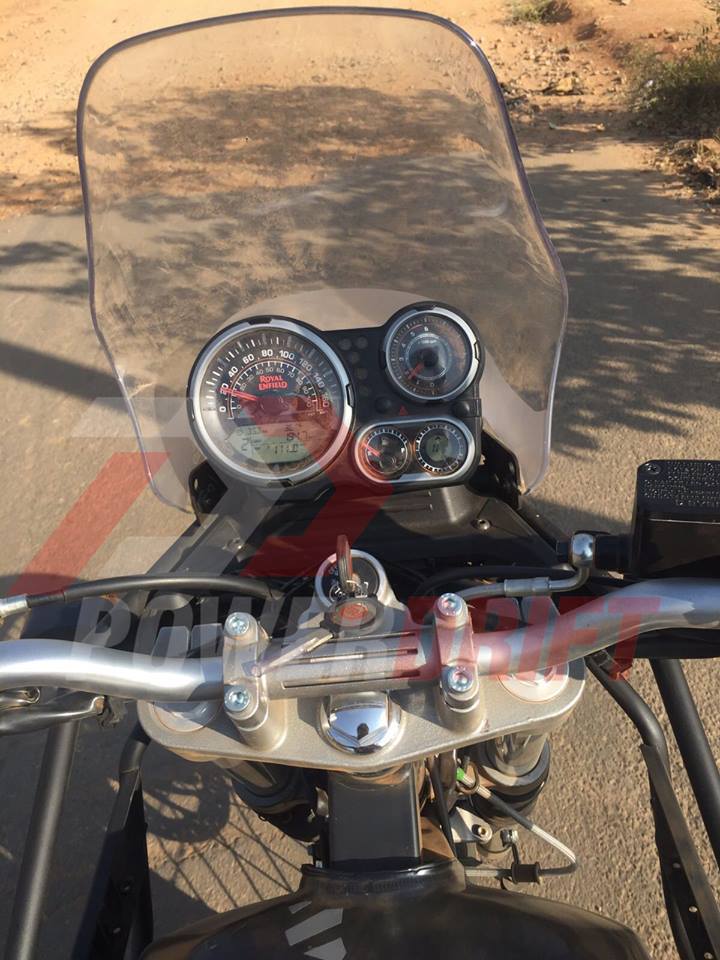 One look of the chubby off-road tyres is enough to make your heart go racing with a yearn to hit the nearest dirt track. The high set handle bar with a soaring visor should further increase the comfort levels for the rider. The instrumentation console shows the bike in motion and reveals the presence of a gear indicator (another first for Royal Enfield). 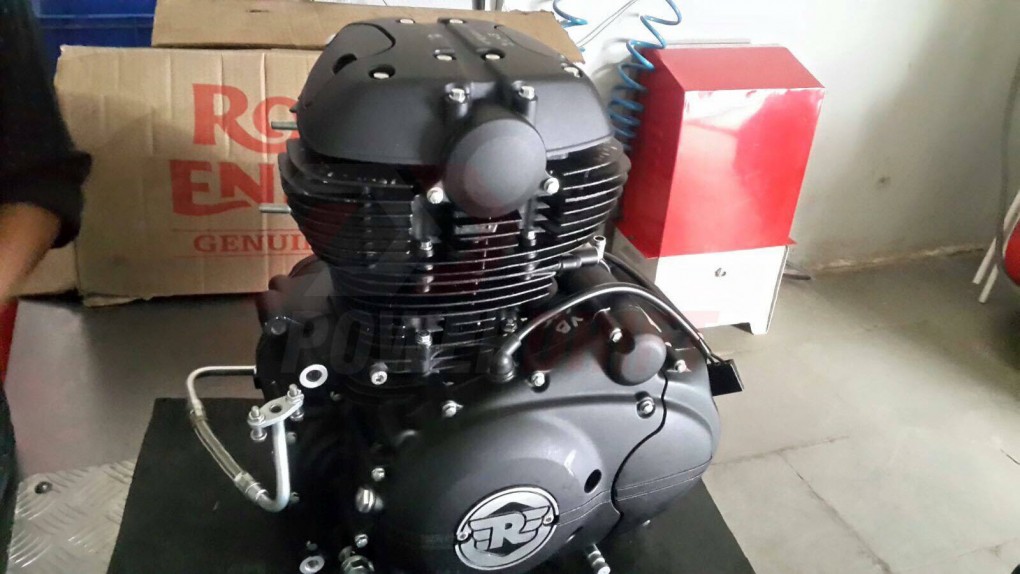 Interestingly, the engine as a standalone unit has also been revealed which gets finished in matte black and looks pretty well put up! Its expected displacement is around 400 cc with touring friendly mid-range concentrated torque figures.

Looking at the frequency of the spottings and the completeness of the motorcycle, we believe Royal Enfield just needs to drop the final bomb in our mailboxes for its official first ride invite and since it is not coming to the Auto Expo, we believe the day/month should be just after the gala event!