January 12th Update: In an official communication, Royal Enfield has announced the launch of the new 2016 Royal Enfield motorcycle range which gets as many as nine new color options and here is the list…

Bookings are already underway and the company has updated the new colors at the official website. There are no mechanical changes whatsoever and the prices also remain unchanged. Here are the latest on-road Delhi prices of all Royal Enfield motorcycles. 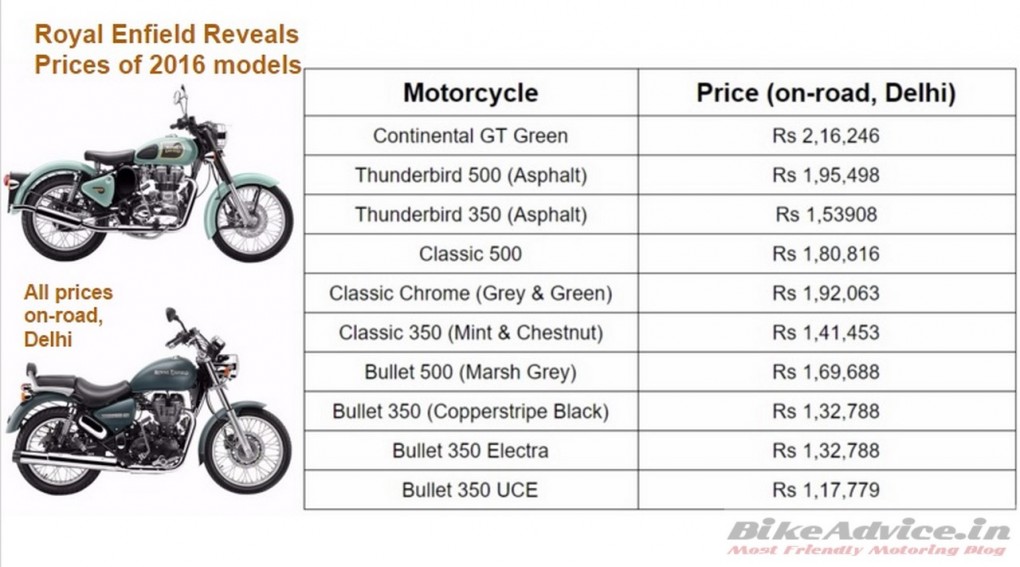 January 5th Original Article: Royal Enfield is the only manufacturer of recent times which appears shielded. Doesn’t matter which international or national manufacturer comes in or launches what, Royal Enfield has seen some terrific times of late. Not only have they built up on their strong domestic demand, but they are now spreading wings in international markets. While their new model Himalayan is expected to be launched at the Auto Expo next month, the company has attempted to infuse a fresh lease of life in its existing models.

Royal Enfield seems to be getting ready to introduce new colour options in the Electra 350, Bullet 500, Classic 350 and Classic 500. The changes however will remain only cosmetic and not mechanical. The folks at Team BHP have leaked the images of the upcoming colours. 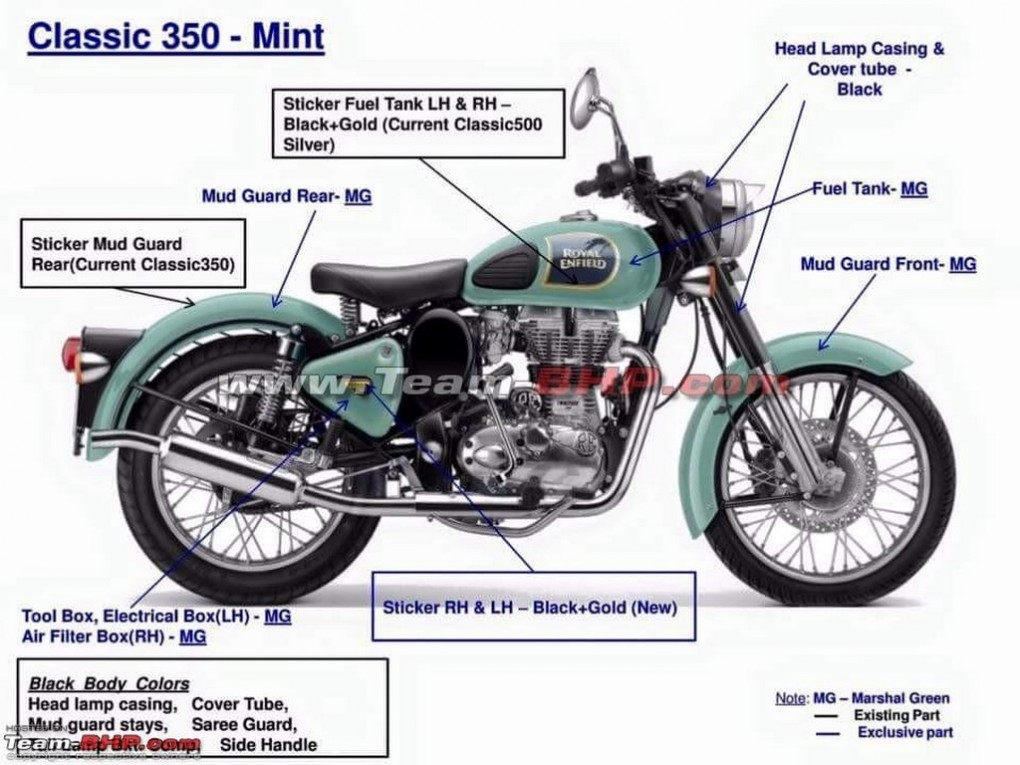 The brand is introducing new shade called Meridian Blue. It also gets a lighter shade of red called Marsala Red. Electra also gets new short cover tubes over the front forks. The seat cover is also expected to get a different layer of rexine. 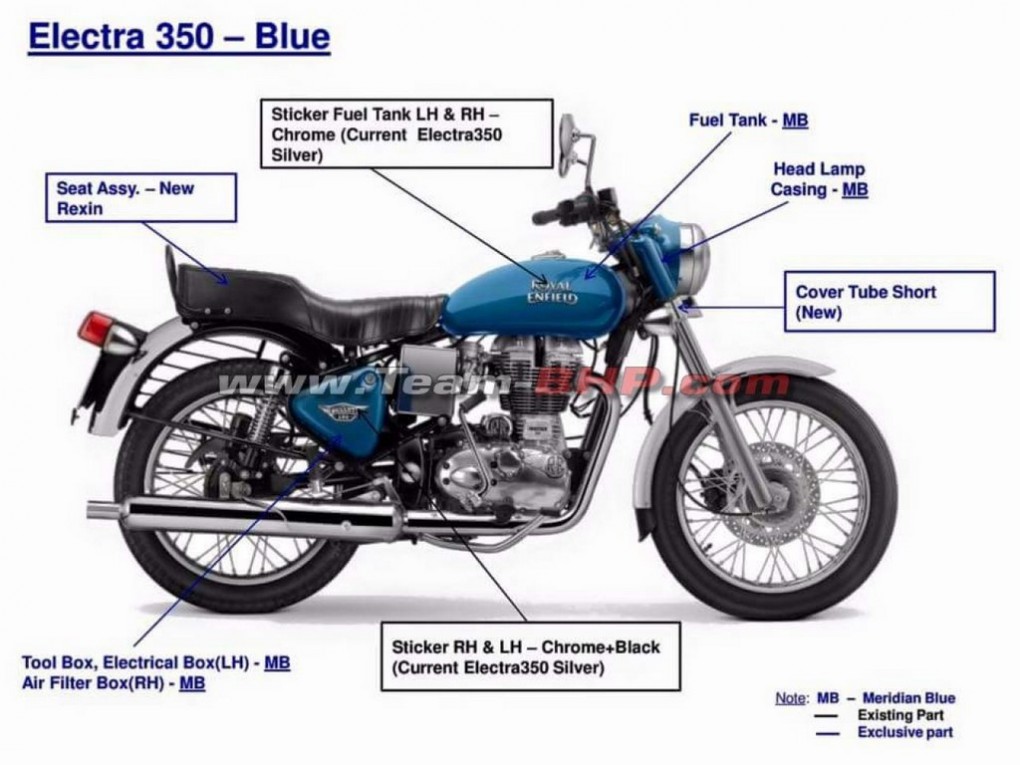 The breadwinner for the Chennai based brand, the Bullet 500 has toiled through the ages and continues to invite both young and old. The new colour Athena Grey (or Marsh Grey) will add to the only two other paint schemes available. Even this one gains a new rexine cover for the seat. 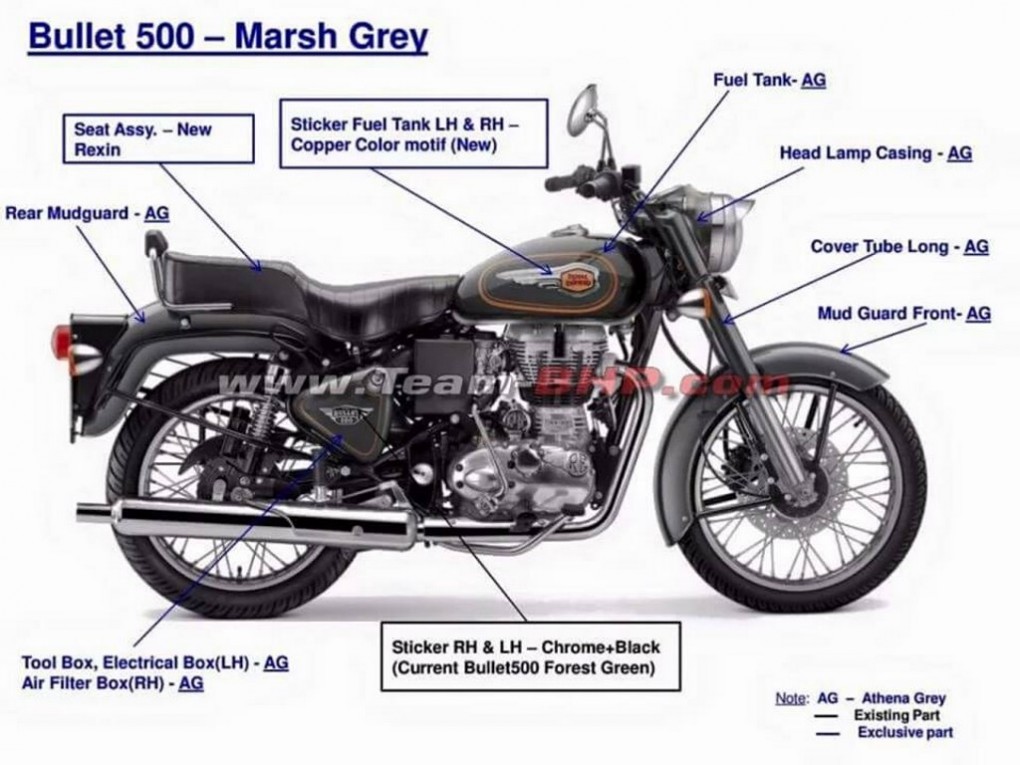 The Classic 350 gains two new colours, Chestnut Red and Marshal Green. It also gets a new tan for the seat. Unlike the existing colour options, the new paint schemes are not found on the head lamp casing and cover tube. 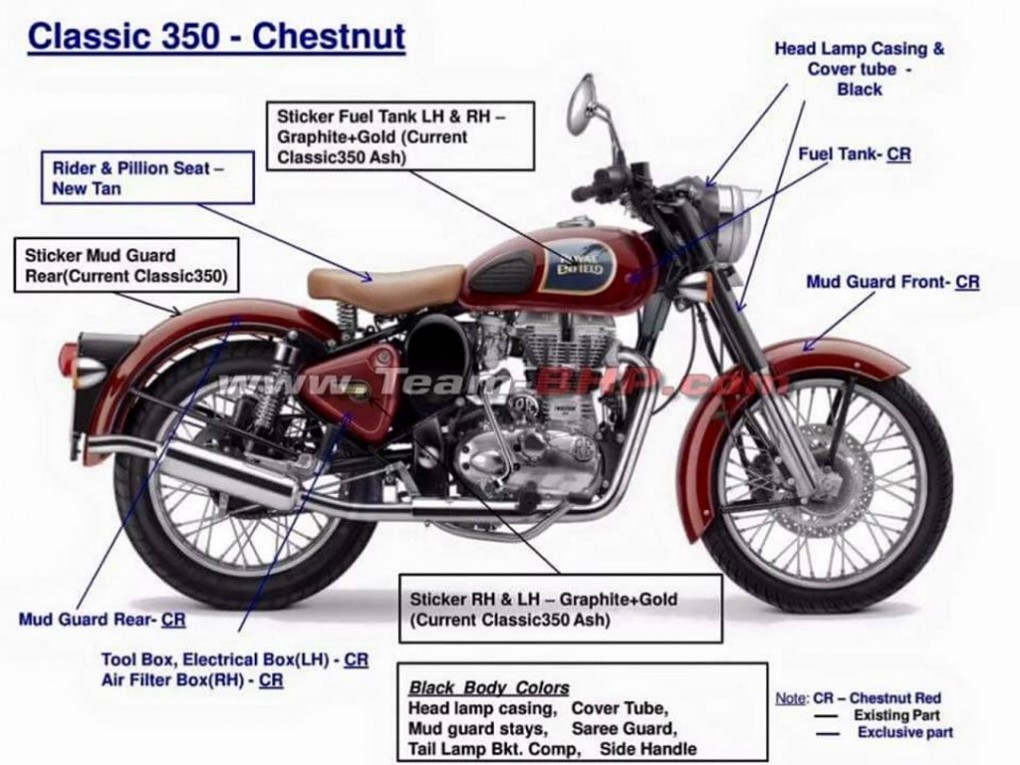 The beautiful and elegant Classic 500 now comes in Squadron Blue with stickers borrowed from the Desert Storm and it looks awesome! 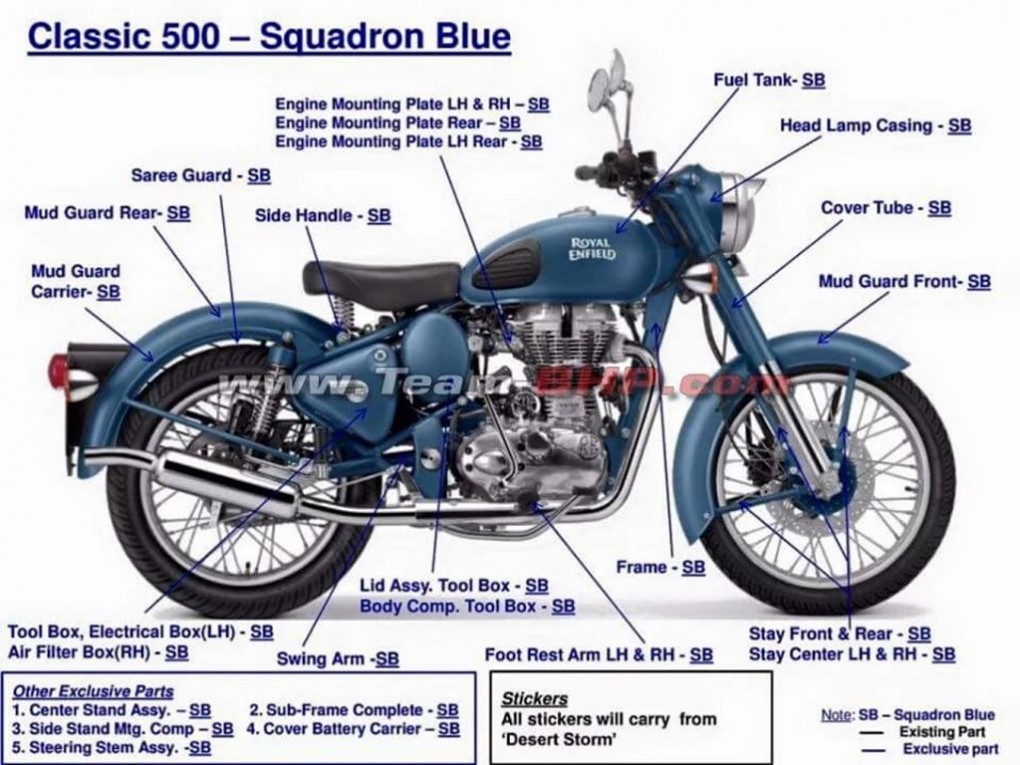 Other new paint schemes include Chrome Green and Chrome Graphite. These however get the same stickers as the existing version.

Here are the remaining color pics…