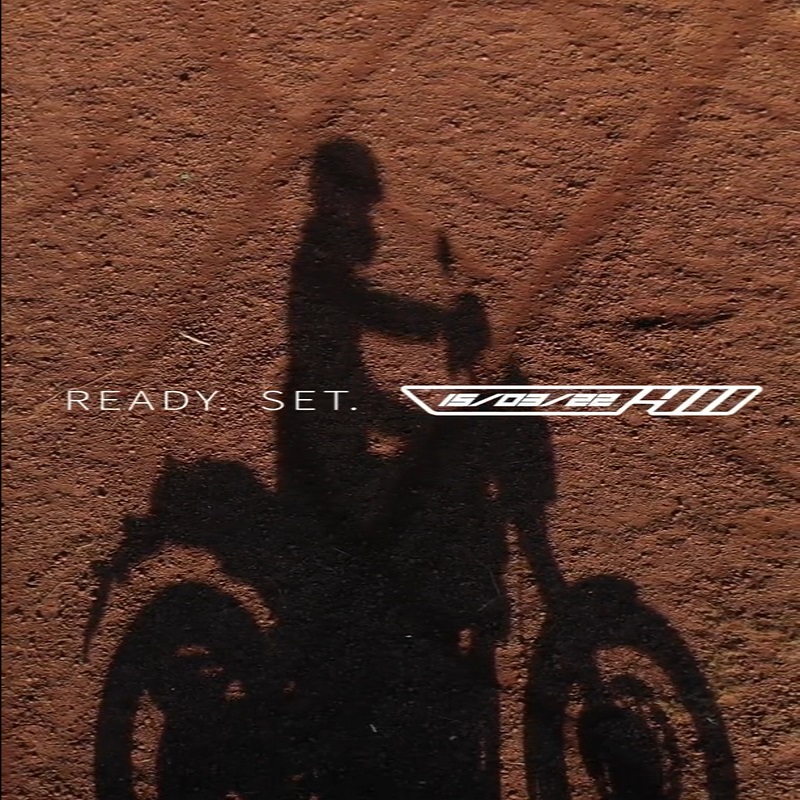 Himalayan Scram launch date is set for 15th of March. This scrambler will go against the Yezdi Scrambler and will sit under the sibling ADV…

It is a common knowledge by now that Royal Enfield have been working on their own scrambler model which will compete with the only other scrambler by an Indian manufacturer in our country – the Yezdi Scrambler.

Royal Enfield have revealed that their Himalayan Scram 411 will be revealed on 15th of March 2022 (Tuesday).

However, other than the launch date, we know a whole about the upcoming scrambler machine from RE. Let’s recap –

When we first started hearing rumours that RE is working on a road-focused version of their popular Himalayan 411, we got privy with the name Scram 411. And since then, whenever we got any spy-images or reported any development, we always referred to it as Scram 411.

Now, since we have images of actual bikes reaching the dealerships and the leaked showroom brochure of the bike, we are now confirmed that the bike will be called ‘Royal Enfield Himalayan Scram 411’.

That’s a big name but it appears that RE intends to catch in on the popularity of the Himalayan brand.

At the first glance, it is very easy to understand that the Scram 411 is the younger brother of RE’s popular ADV offering – Himalayan 411. The Scram retains a lot of visual cues and mechanical underpinnings of the older brother. However, being a scrambler, the new bike is more road-focused and misses elements like the off-road crash cage, knuckle guards, beak fender and 21″ front tyre.

The Scram 411 gets its own unique visual elements such as cast metal headlamp cowl, offset speedometer, urban badge plate under the fuel tank on the either side bearing ‘Scram 411’ name and variety of single as well as dual-tone colours.

Being siblings, the Himalayan Scram 411 has borrowed a lot of mechanical parts from its older brother. The frame, the suspension setup, the engine everything is shared by the Himalayan brothers.

The engine is the tried and tested 411 cc, air & oil cooled, single-cylinder unit. On the Himalayan it delivers 24.3 PS of power and 32 Nm of torque. But, we assume that it will be retuned to match the new application.

The suspension setup will consist of the standard telescopic front forks and monoshock at the rear, but could have a stiffer characteristic to better suit the road conditions.

It is logical to assume that the Himalayan Scram 411 will directly fight with the Yezdi Scrambler in the market and hence, the pricing will be set to compete directly with it as well.