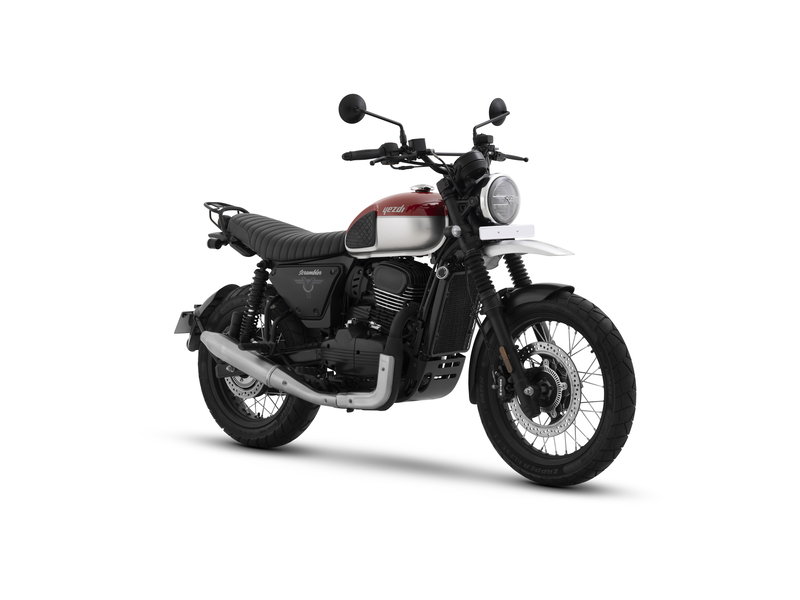 Yezdi Scrambler price puts it bang between the ADV and the Roadster. It is almost a road-going model with a wee-bit of off-roading prowess…

The term ‘Scrambler’ came into use in the early 50s for street bikes that also had some off-road potential. And today, Yezdi has launched the first scrambler model from an Indian manufacturer and it is also called as (Yezdi) Scrambler.

The concept of Scrambler can be ascertained by Yezdi’s tagline – ‘Embodying the spirit of unapologetic fun’. Let’s take a closer look at this Scrambler….

The Scrambler is placed between the ADV and the Roadster. It is cheaper than the ADV by Rs 5000 on the starting prices and as you can see, is available in as many as six color options.

The Yezdi Scrambler can be booked from today itself by paying Rs. 5000/- which is fully refundable. The company also adds that the deliveries are also commencing from today.