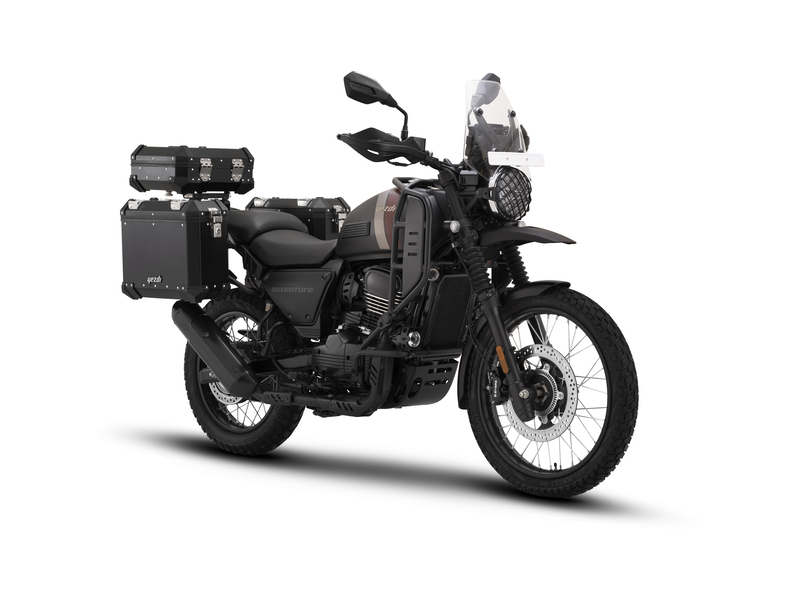 Yezdi Adventure price makes it the costliest motorcycle in the line-up but it is still cheaper than its arch rival Himalayan. We discuss it in its first look…

Yezdi has launched their ADV bike – Yezdi Adventure – to take on the various offerings in the adventure segment. But it especially rivals the Himalayan, so much so, that it may be mistaken as the motorcycle from Royal Enfield by many!

Yezdi has introduced this bike as their ‘Quintessential Touring Machine’. Let’s take a closer look at this Adventure Tourer….

Bookings of the Yezdi Adventure have commenced from yesterday at a pre-payment of Rs 5000/- which is fully refundable. The company also added that it has commenced deliveries from its launch day itself.