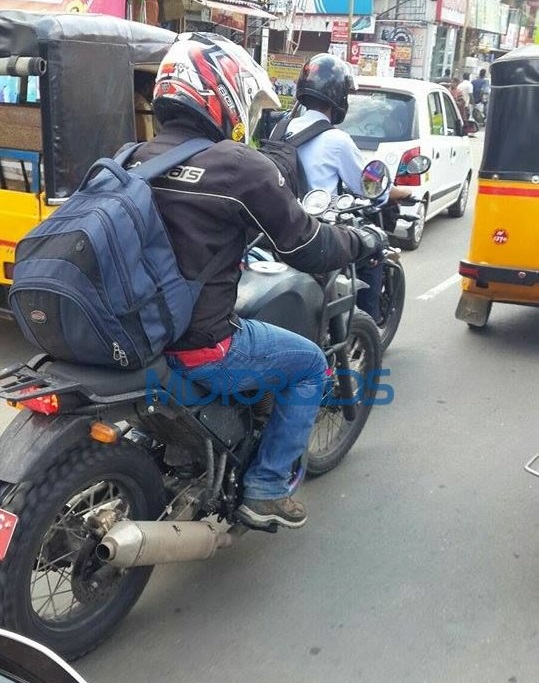 Royal Enfield Himalayan is set to be the Chennai based manufacturer’s first proper adventure oriented product. It will also be the first Royal Enfield to be powered by an all-new engine which is expected to have a displacement of around 400 cc. There are expected to be two variants based on the spyshots that have surfaced so far – a regular road going version (may be promoted as an adventure tourer) and an off-road version, which has been snapped here by a Motoroids reader.

While previous spy pictures have confirmed that the bike will be getting support for panniers, these new images show that the Himalayan can also carry a topcase (on that mount). Topcases generally allow higher luggage carrying space without compromising on the comfort of the pillion rider. 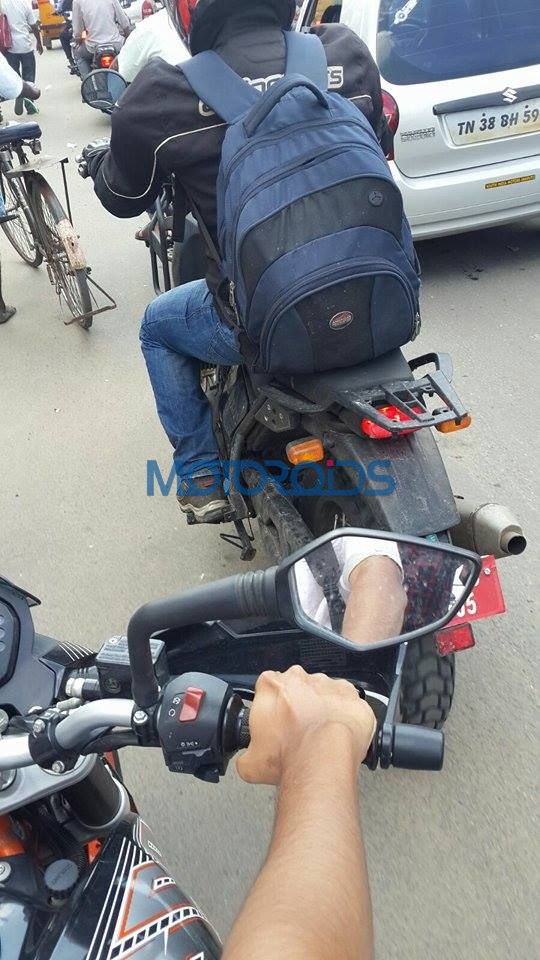 The new engine will hopefully bring in more reliability and let’s hope, against what has been claimed in this story, that the exhaust retains that traditional Royal Enfield thumpp!

The off-road version will get a high mounted mud guard at the front, a fuel tank guard and most importantly raised front forks with larger travel. The output from the new motor, which will get a vertically stacked oil cooler, is expected to range around 28 PS and more interestingly 32 Nm.

Royal Enfield has been found to be missing in the list of exhibitors for the Auto Expo 2016, so we do not have a confirmation if they will be present. But what we know is that they will launch the Himalayan sometime early next year.