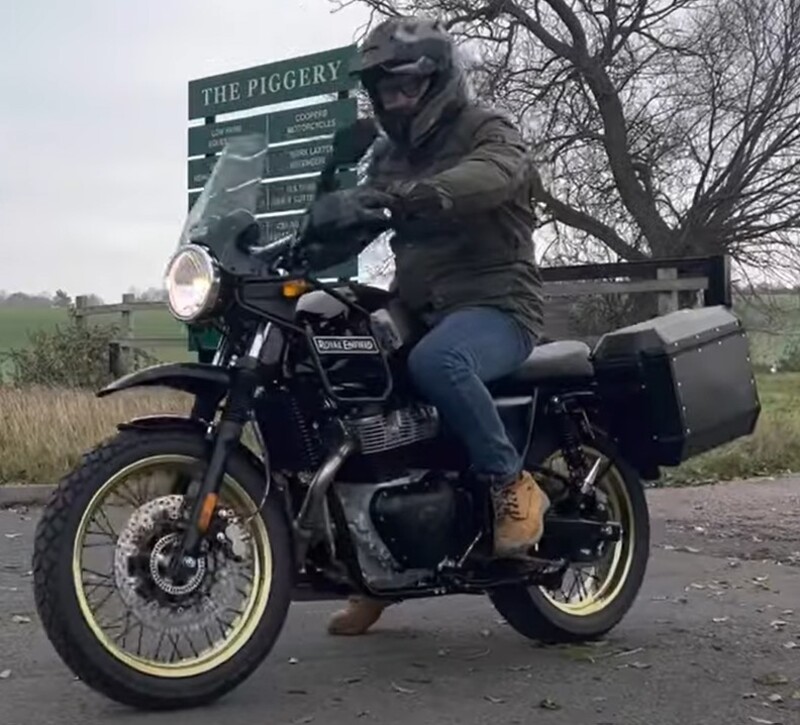 One of the most awaited and most wanted ADV bikes in our country is the 650 cc version of the Himalayan from Royal Enfield. In every conversation regarding ADVs, the Himalayan 650 always makes an appearance.

The Royal Enfield Himalayan is going to complete 6 years in 2022. And when the manufacturer launched their 650 twins in 2018, every ADVer in India has been pining for the 650 version of the beloved Himalayan.

What the RE Himalayan 650 could be like, has been envisioned by Wellingborough, U.K. based Cooperb Motorcycles who have custom-built a Himalayan 650 by converting the RE Interceptor 650 into an ADV and is calling it – Interlayan.

The Cooperb Motorcycle shop is pretty famous in the U.K. for their custom motorcycles. They have their own YouTube channel where they showcase their past and present custom projects.

On the very same channel, they have introduced two of their new creations, out of which one is the ‘Interlayan’.

They explain that they have been hearing the speculations that RE will build a 650 cc Himalayan since a very long time. Not able to wait any longer, they took it upon themselves to make the ADV a reality.

Speaking on the Interlayan, they explain that they have completely transformed a standard Interceptor 650 to create this machine. They have changed the wheels, the suspension, the riding controls and the fuel tank.

They further add that they have picked the front from a standard Himalayan and have adapted it to create the Interlayan front section. They clarify that the machine is still under development and they are currently working on the side-stand, the graphics, the seat and a few more styling and mechanical tweaks.

One feature that stands out on this machine is the use of single-unit slightly up-swept exhaust. The standard Interceptor uses twin exhaust units which are straddled on either side of the bike.

What Cooperb Motorcycles have done is that they have created a new exhaust system where the two exhaust outlets from the engine have been combined into one unit which then travels along the right side of the bike and ends at the rear of the Interlayan. A very similar system was caught on a Test-mule very recently being tested on our roads.

Along with the Interlayan, they also showcased their custom Interceptor which has been converted into a beautiful all-black Cafe Racer.

Cooperb Motorcycles is still working on the custom Interlayan and have promised a road test video very soon once the project is complete.

We are keeping our eyes glued on this development…