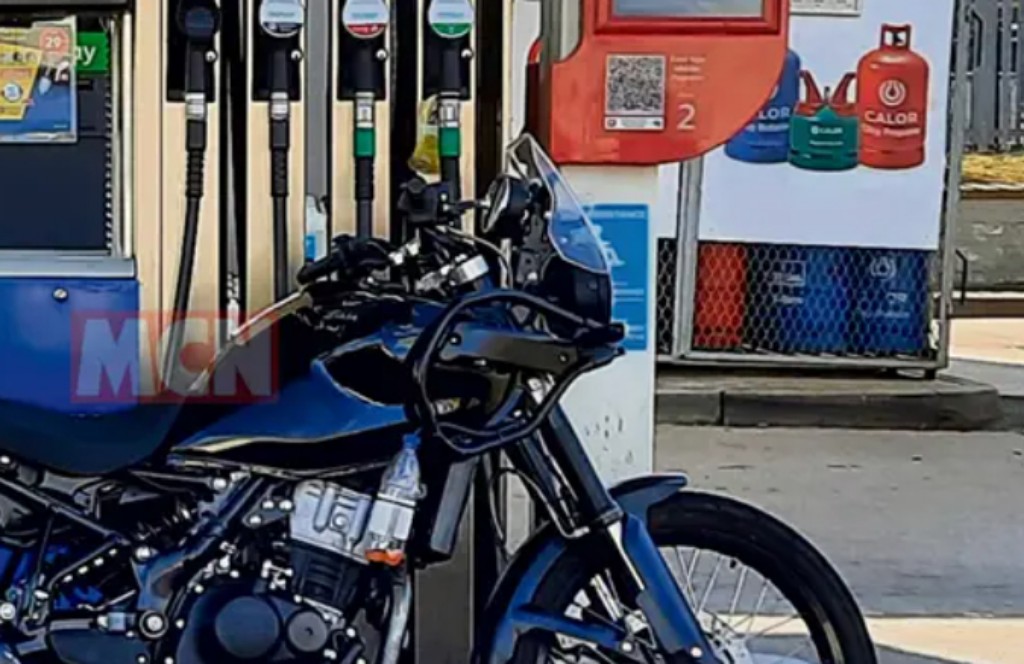 Upcoming Himalayan 450 spied again and this is the best image of the ADV that reveals the overall motorcycle. Launch, they say, could be next year…

Uptill now we were a little reluctant to accept the possibility of a new-age Himalayan 450 – a motorcycle that is claimed to be modern in true sense. The question that bugged us is why would Royal Enfield do that? Why would it venture in this realm when it harps so much on the concept of offering motorcycles with ‘usable power’. But let this be a discussion for some other time – as it appears that the Himalayan 450 is true.

A test mule of the motorcycle has been snapped somewhere close to the company’s Research & Development center in England. This is the clearest pic of the ADV yet and man it looks interesting, very interesting! The sheer size of the Himalayan has grown and while the purported engine capacity may not show, this could be a full segment over the current Himalayan.

There is a massive, sculpted fuel tank that should provide a lot of capacity, inferring enhanced range. At the front the company is still using a round headlamp with a small flyscreen, similar to the current model. Will this change in the production version, we do not know yet! There are wire-spoke wheels and the tyre sizes look like 21-17 inch. Next we see step seat and a short but stubby exhaust can that is upswept.

This Himalayan is definitely running on a larger wheelbase than the current model and look at that ground clearance; impressive!

There are speculations that the Himalayan 450 will sport a single cylinder, liquid cooled, modern engine, that could belt out 40 hp of power and 45 Nm of torque. These are stellar figures for any kind of motorcycle on a single cylinder engine and considering that abundant low and mid range is a given on a Royal Enfield – we are extremely excited with the prospects of this one.

How close to production is the new Himalayan 450 – we do not know but it has definitely shed some camouflage (and probably dummy parts) from its last spotting. So, is this T-H-E mid capacity motorcycle India (and many other markets) were waiting for..?