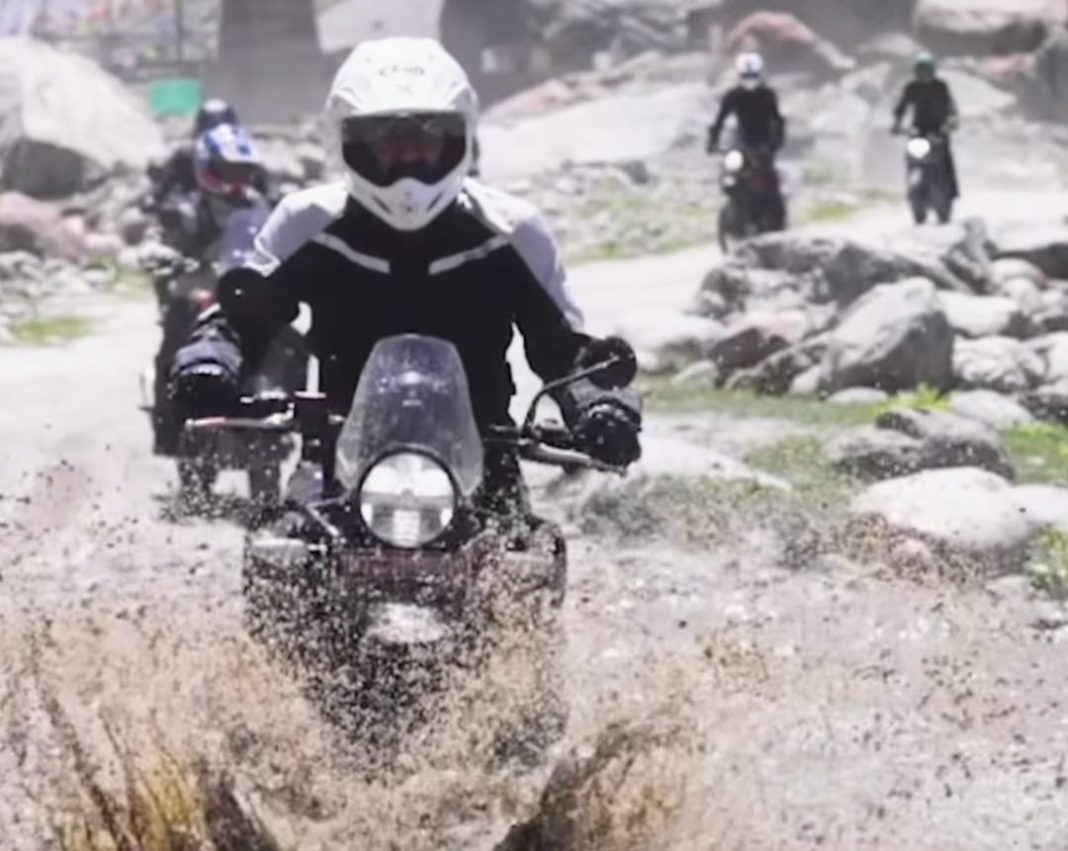 Is Himalayan 450 launch date nearing? So soon? While we wait for an answer to that the motorcycle is for real and coming in few months…

A new Himalayan is hitting headlines more frequently now – which are signs of a launch close-by. Out of nowhere, Siddharth Lal, the MD of Royal Enfield has dropped a very short video with a teaser text that reads..

In the video is a motorcycle with testing number plates crossing a water body. With all the splash around, it is very difficult to ascertain if this is actually the new Himalayan (purported to be a 450) under tests. The only visible difference is the round headlamp that now carries LEDs and a raised instrument cluster.

However, with an all-new Himalayan round the corner, it would not make much of a sense to be talking, teasing and testing the older Himalayan. And that makes us, kind of, accept that this is the Himalayan 450 that has been teased officially for the first time. Does that mean a launch is round the corner..?

Well, aside the front design that bears a lot of similarities with the existing Himalayan 410, the upcoming Himalayan 450 is completely different from it. There is an all new engine that is being claimed to churn fantastic power figures – a trait RE’s are not known for. It will be a liquid cooled motor as has been established in the last few spottings.

There is a big flowing tank that gives a lot of muscle to the motorcycle and then there are upside down front forks at the front along with a fairly long monoshock at the rear. The 21-17 inch tyre combination is wearing wire spoke wheels and CEAT branded fatter rubber.

There is a short, stubby exhaust and since this engine appears to be a lot more modern than any other motor Royal Enfield has made so far, it will be interesting to see how does the company manage to get out a thumpy note. You can check out the clearest-yet spy pic here.

If what is being claimed turns true, we could be looking at one of the most desired mid-sized Adventure motorcycles in the world! Come on Royal Enfield, is it coming this soon…?