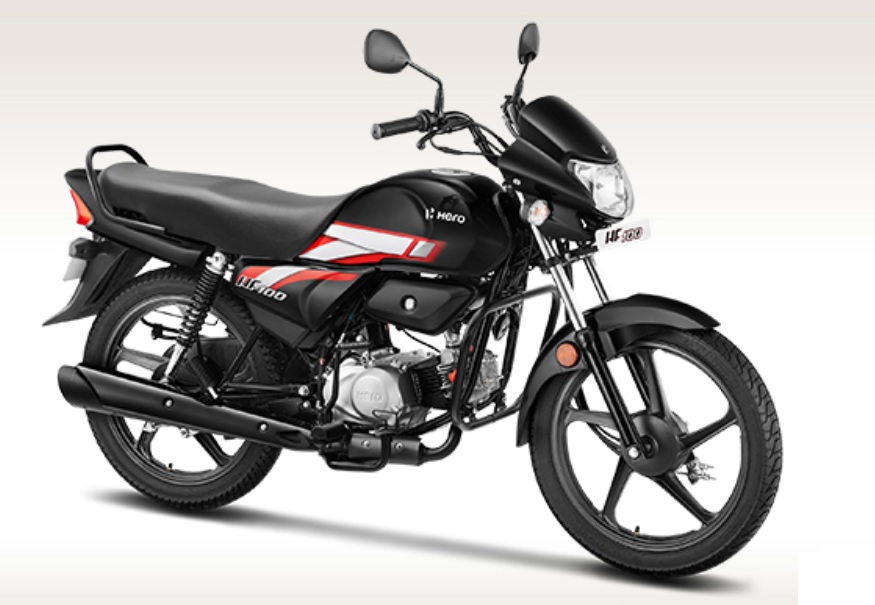 Hero has silently launched HF100 in India which becomes the most affordable bike in the company’s portfolio. It is based on the extremely high selling HF Deluxe but comes with minor changes. Here we list all of them for you..

And then there is this difference of options. According to the website, HF100 is sold in a single Black with Red color combination against HF Deluxe’s five shades.

Price Difference – The HF100 costs Rs 49,400 for the lone kick start drum brake alloy wheel variant. Corresponding HF Deluxe variant is sold at Rs 51,700 which means there is a major price difference of Rs 2300. However, Hero also sells a spoke wheel variant of the HF Deluxe which, at Rs 50,700, is cheaper. But the HF100 alloy wheel trim costs Rs 1300 lesser that.