Breaking all expectations, in trademark Hero style, keeping its history, the world’s largest manufacturer has launched the new 2017 Glamour in Argentina, where it will be sold as ‘Ignitor’. Before you ask, yes, this is Hero’s promised ‘Global Launch’ which is being marketed as an “all new” motorcycle. 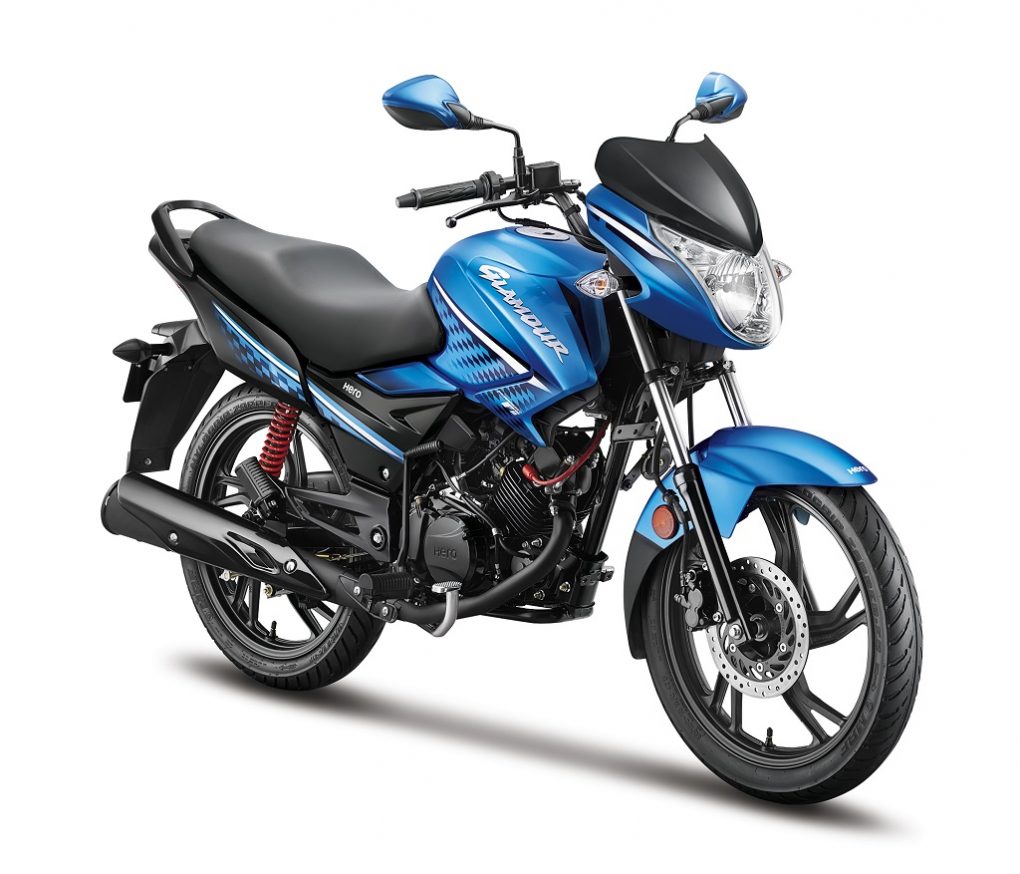 Glamour continues to use a 125 cc engine which is vertically mounted. The current Glamour uses Honda-sourced 125 cc mill which is horizontally placed. So, there is no confirmation if it is the same motor with a re-inclined cylinder or an all-new one developed by Hero.

The engine features Torque on Demand and, like the current version, the motorcycle is available with carburetor and Fuel Injection variants. The carb version now runs a CV carburetor whereas Hero says the FI version gets the next-gen FI unit. 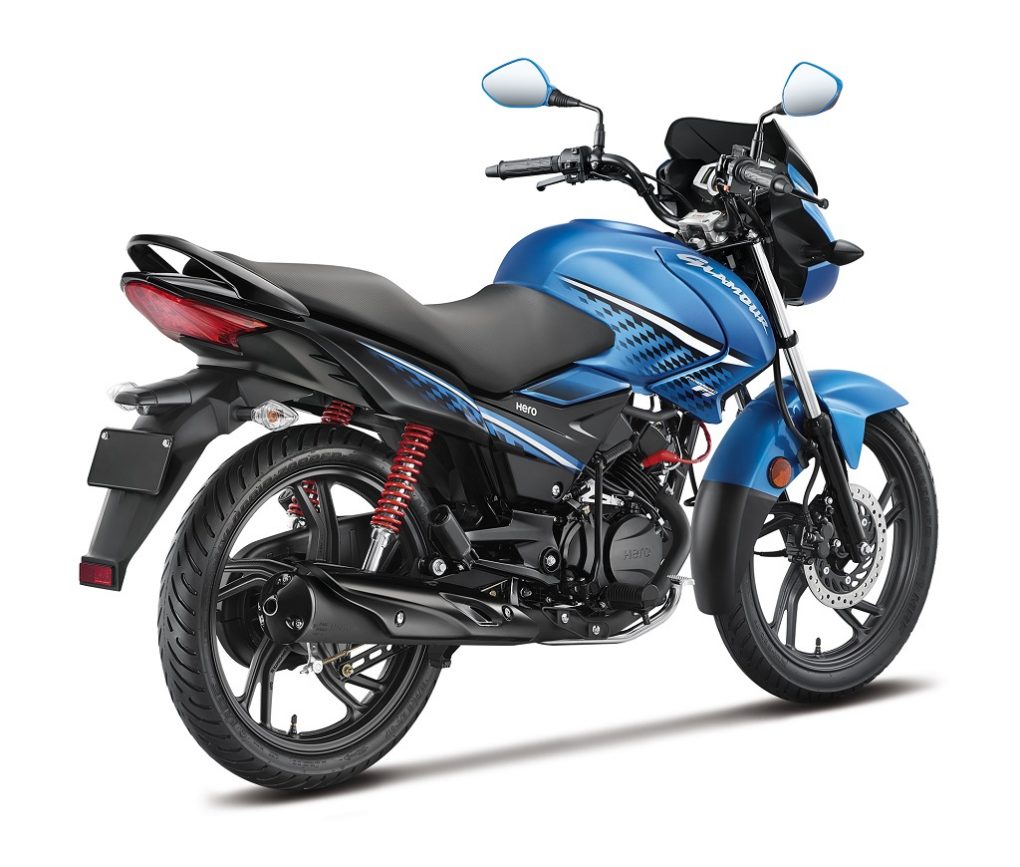 It also gets Hero’s i3S technology – which shuts of the engine when idle for a particular time frame and switches it on upon the press of the clutch – thereby resulting in savings of fuel. The 2017 Glamour also comes with AHO (automatic headlamp on) which will soon become mandatory on all new motorcycles in India.

Hero claims a 3% increment in the fuel efficiency of the carb variant and a nearly 7% increase in the FI model. There are no official number given. 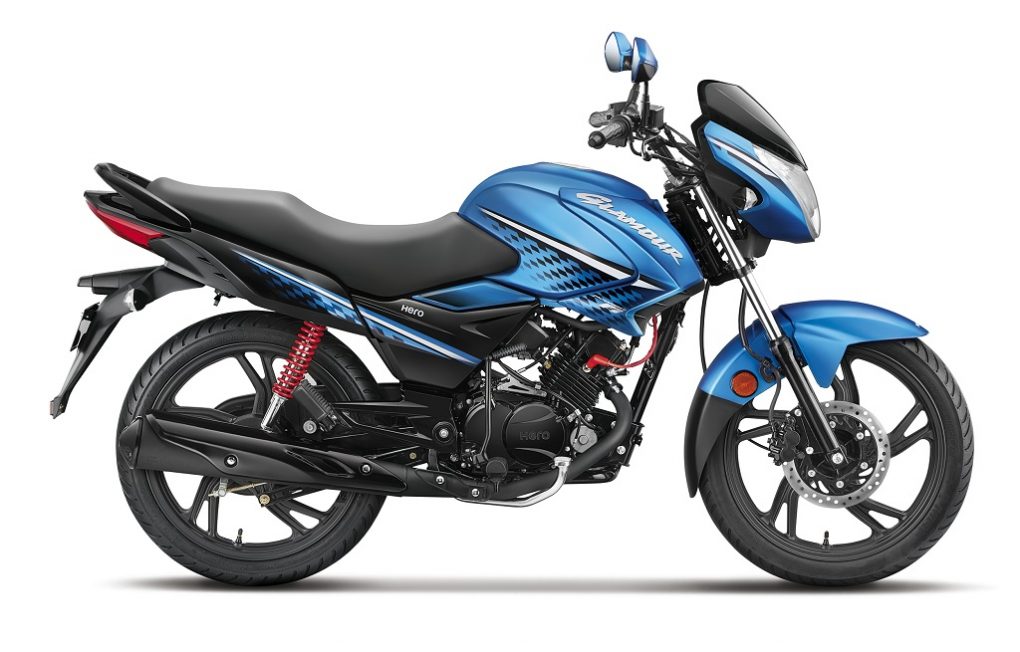 Hero is offering the new Glamour carb in four colours

and the FI variant gets three colour options 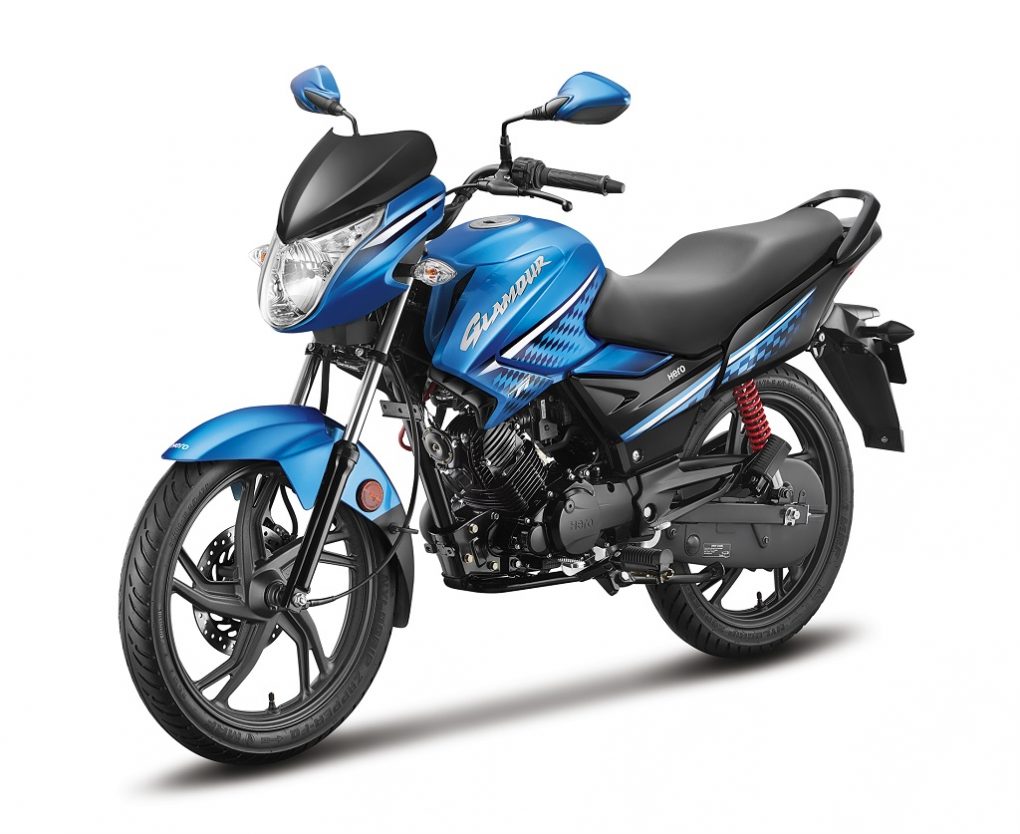 Apart from this, the new Glamour gets redesigned styling which makes it look more contemporary. It also gets a new analog digital instrument console, tubeless tyres and will be sold in disc brake and drum brake variants.

The new motorcycle has been launched in Argentina and its Indian launch should be in a few weeks from now at prices which should not see a major increase.