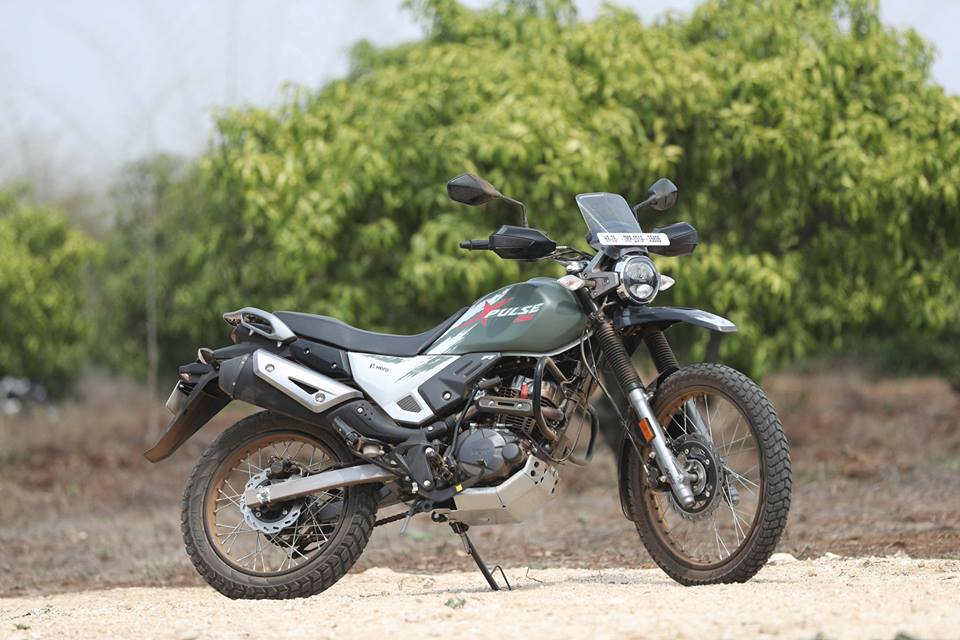 In an earlier interview, Malo Le Masson, Head of Global Product Planning, Hero MotoCorp, said that they are concentrating on bringing the Xtreme 200R as well as the Xpulse 200 under the 1 Lakh price point because 70 percent of sales of the premium segment come at this price range. You can read that interview and Mr Masson’s exact wordings in this Autocarpro’s story.

So, that was an official confirmation of the price band of the awaited entry level Adventure motorcycle. However, amidst all this, another model Xpulse 200T evolved out of nowhere. The ongoing Media Ride of the Xpulse twins (the 200 ADV and the 200T) has revealed that Hero has decided to launch the Xpulse 200 as a fuel injected motorcycle whereas the Xpulse 200T, like the Xtreme 200R comes with a carburettor. In all probability, there won’t be a base Xpulse 200 carb version.

Now, let us take Hero’s 200cc line-up – Xtreme 200R will be the base version which is currently sold at around Rs 90,000 ex-showroom. The Xpulse 200T is what shares most of the hardware with the Xtreme and we expect it to be priced slightly higher but definitely under that 1 Lakh mark.

Xpulse 200, on the other hand, gets premium features like fuel injection, full-digital instrument console with Bluetooth connectivity, higher (and hopefully sturdier) suspension, knobby tyres, Nissin petal discs and a few added accessories like windscreen, knuckle guards etc. On the back of this, it is almost certain that Hero will label it a higher (than 1 Lakh) price tag.

How high will they go will be known tomorrow when Hero launches both the motorcycles officially in India. We expect it to be priced between Rs 1.05-1.10 Lakh. Will this be a good price point for a motorcycle which eventually produces about 18 bhp of power?