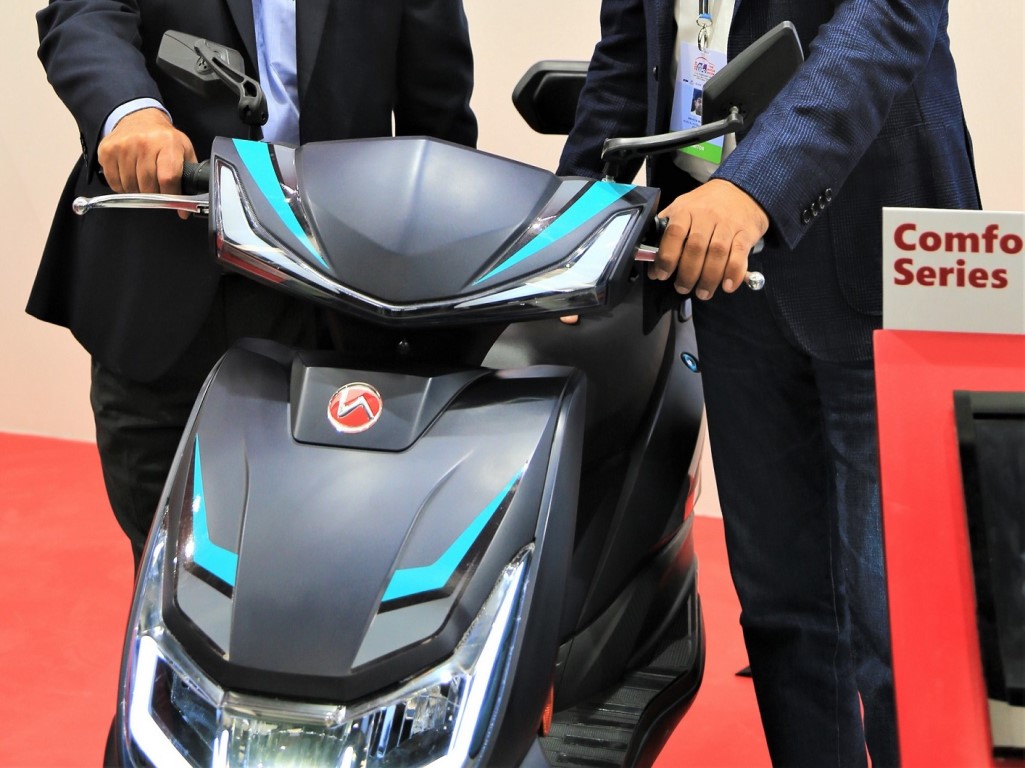 Hero upcoming electric scooters – there are three of them and all of them have higher range per charge than iQube. Two are in high-performance category and one in low-speed range…

It is a dull Auto Expo if we talk about two-wheelers. Only two major manufacturers – Suzuki and Piaggio, have participated in the biennial event. However, there were a lot of electric makers trying to hog the limelight. Among them, the biggest player in this arena Hero Electric displayed many new products.

In addition to the AE47 – which is company’s first electric motorcycle and AE3 – India’s first trike, Hero also kept on display the following electric scoots..

AE29 – This is a high-speed scooter with a 1000 watt motor and a 48V, 3.5 kWh Lithium battery. It provides the scooter with a claimed top speed of 55 km per hour and a maximum range of 80 kms every charge. Hero claims a charging time of 4 hours. In terms of features it is equipped with bluetooth connectivity, anti-theft smart lock, digital instrument cluster, reverse assist and something called as ‘walk assist’.

AE75 – This scooter has been developed in partnership with Sahara Group (Sahara’s electric vehicle division is now called as Sahara Evols. Hero calls it as a product in the high-speed segment. It has a top speed of 45 km per hour and a range of 80 kilometers per charge.

AE8 – This is a cute looking scooter which reminded us of Bajaj’s Sunny Spice. AE8 is developed as a low-speed electric scoot and it has a top speed of just 25 kph along with a ride range of 80 kilometer per charge.

Hero Electric has upped its game ever since the government’s push for electric vehicles. Apart from launching these products, it intends to grow its touchpoints to 1000 from the current 620 by this year end.