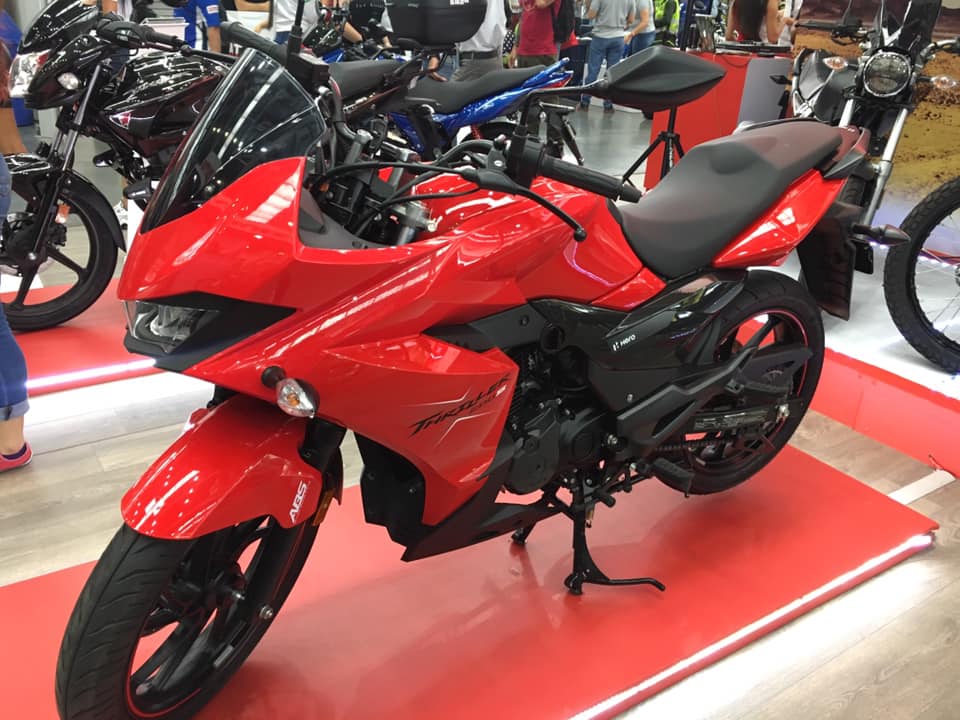 Recently launched in India, Hero is taking its new motorcycles to its export markets as well. They showcased three new motorcycles at a motor show (Feria 2 Ruedas) in Colombia.

Unlike India, where Hero has branched two separate brands for its 200s, in Colombia everything gets sold under a single brand of ‘Thriller’. So, here is how it stands..

Apart from these, Hero also sells Hunk as Thriller Pro, Xtreme Sports as Thriller Sports and Hunk i3S as Thriller i3S in Colombia.

Apart from the new badging, all the new Thrillers appear to be very similar to their respective Indian versions. The Thriller 200R aka the Xtreme 200R is sold at 6,550,000 peso in Colombia which is roughly about 1.39 Lakh in INR. Expect all the new Thrillers to be placed around or slightly higher than this ballpark.

There is a stark contrast in the product strategy of Hero against its rivals like Bajaj and TVS in India. In the 150cc and higher segments Bajaj and TVS make similar looking motorcycles and brand them under single brands (for example, Pulsar or Apache respectively). Hero, on the other hand, make different looking motorcycles, on similar platforms, and brands them under different names.

We Have One of the Youngest Product Portfolio Now: Hero

The difference is that both Bajaj and TVS have been very successful with their ploys whereas Hero is still struggling to make a name in the premium space. However, in Colombia it appears that they do not want to invest a lot in creating separate brands and hence, everything sporty is Thriller.