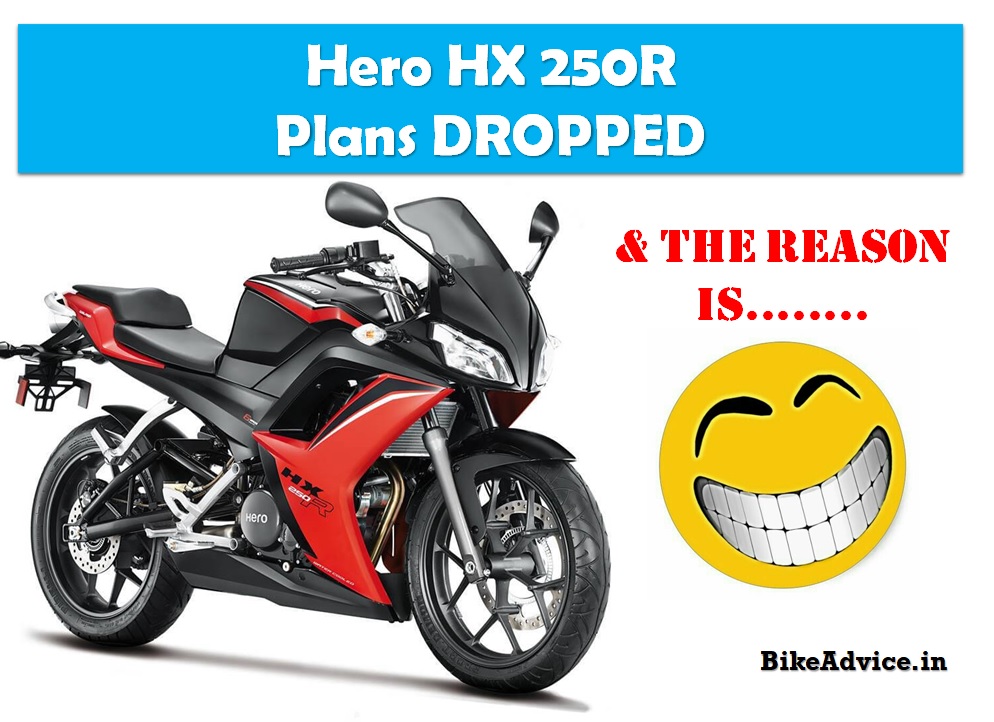 Do not wait for HX250R launch; and the reason will make your day… 😀

After showcasing it at the Auto Expo 2014 for the first time (and  later on at the 2016 AE as well), boasting about some segment-shattering figures like 31.4 PS of power, superfast top speed of 165 kmph etc, removing the suffix ‘R’ from the name (more details), Hero has eventually shelved the aspirational HX 250R project – something which they never looked technically competent to build!

After talking all around it, in a word given to Times of India, Markus Braunsperger, CTO (Chief Technology Officer), has reluctantly but finally admitted that HX 250R is no more under works.

Hero has a very ironical reason of not pursuing with the HX 250R. They believe that the market has moved over from 250 cc to 300 cc or higher segments. They believe, that it does not make a wise decision to launch it now as it will not hit the ‘centre of gravity‘ of the segment.

According to the source, Hero thinks that HX 250R concept can not be pursued because the same bike with newer technology will require exhaustive rework since it will involve complete redesign of the motorcycle, including the frame!

So, its like without entering a segment, and after almost four years of sitting on the project, Hero thinks that the market has moved on. Interestingly, they have not been able to even venture into the 200 cc space yet – a segment which they confirmed with the Xtreme 200S at the last Auto Expo. However, Markus confirmed that they are very close to introducing the motorcycle in India – which according to our consensus does not have many people excited!

Also Read: ‘Why Hero is in Danger & May Get Lost’ – Analysis by BA Reader from IIM

Markus officially said a “No” to the HX 250R concept but promised “an advanced and better one“. Which means there may be a related concept ready at the Auto Expo 2018 which could be pulled off, without getting launched, in 2022, or later!