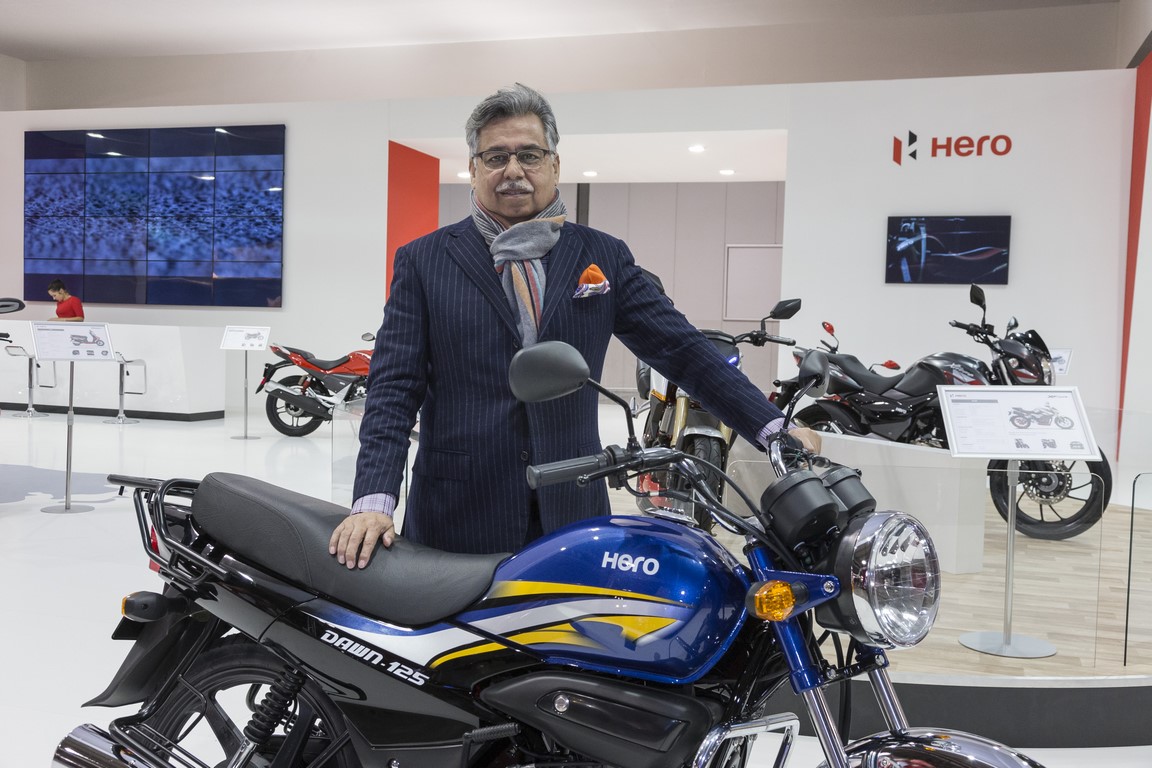 Make in India. Now if you have not been living under a rock, this is a term which you must have read a lot in recent times. Taking this campaign started by the Modi government to full meaning has been the auto industry. The full example of which was seen at EICMA by Hero MotoCorp in the form of the Dawn 125.

The brand Hero has so far sold 70 million motorcycles. While its domination in India has no second thoughts, it is now trying to launch its global assault with a bottom-up approach. At the ongoing EICMA, Hero has showcased a new commuter motorcycle called as the Dawn 125. Targeted towards the African market, this motorcycle might not make its way to the Indian market anytime soon. 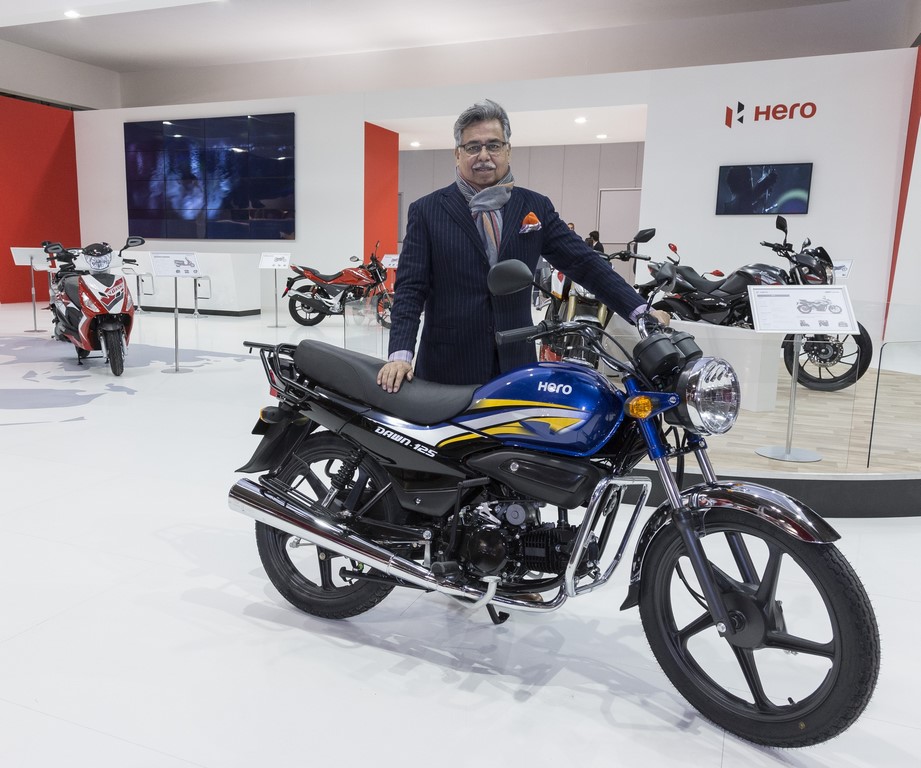 Powering the Dawn 125 is the same 124.7 cc air cooled mill which does duty in the Super Splendor. Sourced from Honda, this engine has a maximum power output of 9 bhp at 7,000 rpm and 10.35 Nm of peak torque at 4,000 rpm. Unveiled at EICMA by Mr Munjal himself, this bike will be focusing its attention on the commercial segment in nations like Kenya, Uganda, Ethiopia, Tanzania and Mozambique among others. 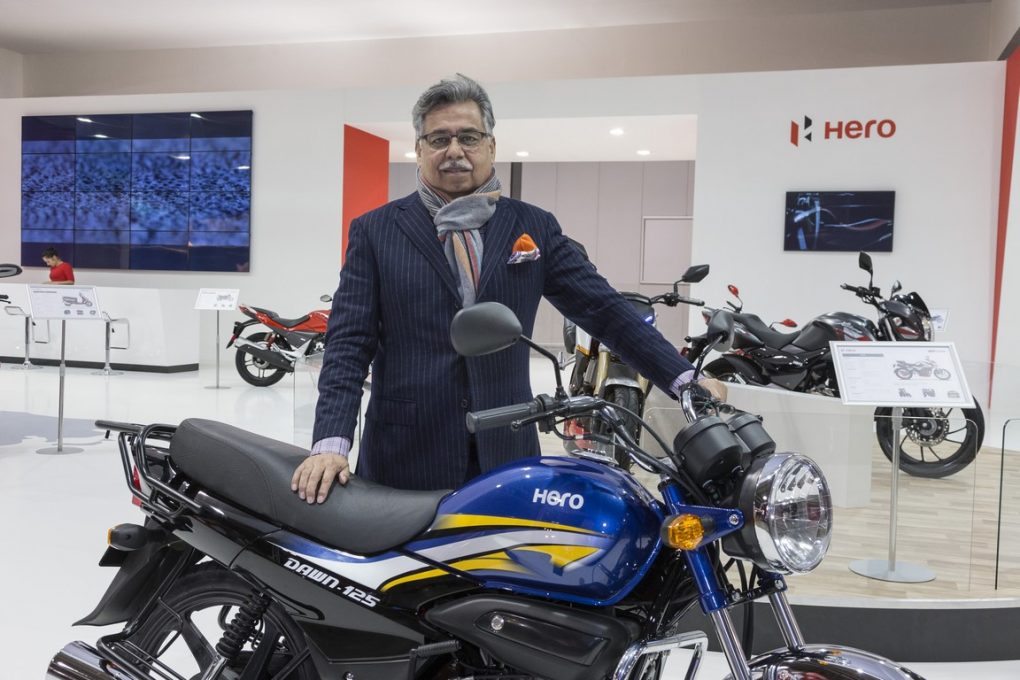 Designed with a utilitarian approach, the Dawn 125 focuses on durability, fuel efficiency and strength. The company claims that the big, round headlamp offers improved visibility. The metallic fender in the front provides strength and robustness to the bike. The elongated seat, extended footrest and wide rear carrier have been used to provide comfort to the rider as well as the pillion.

Hero, is also set to launch a global product at the end of Dakar Rally, where it will be participating for the first time.