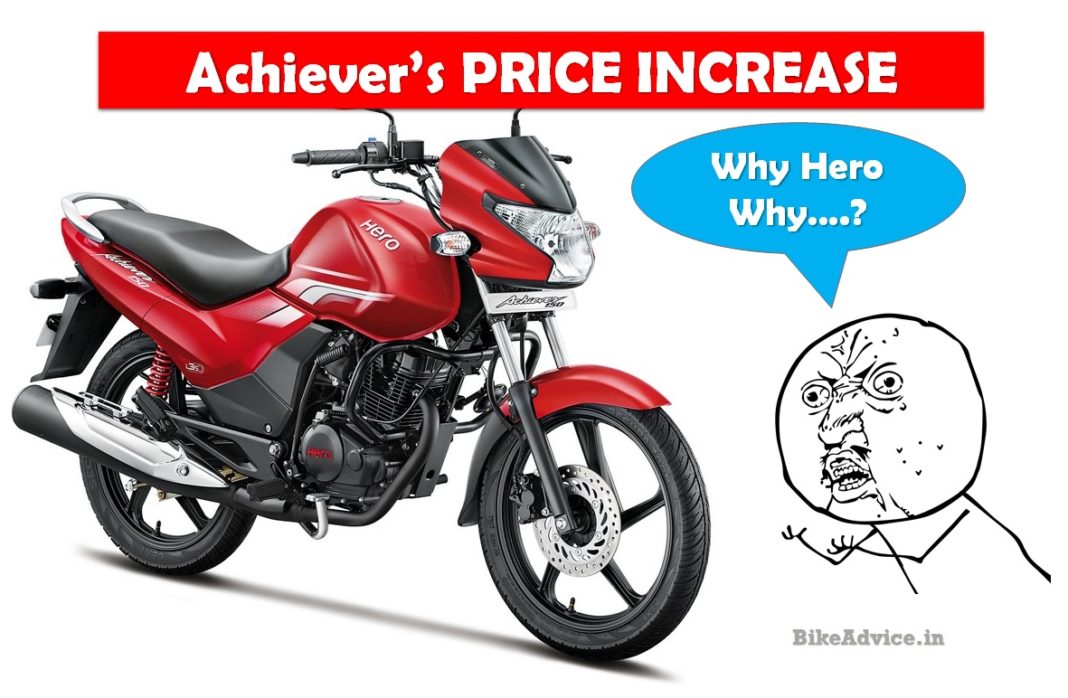 Hero’s 150 cc motorcycles were dragging at snail’s pace till 2016. The Munjal-led brand often featured as one of the lowest selling 150 cc manufacturer despite the presence of multiple motorcycle models. But after a long spell of mishits, it appeared that the new Achiever may end Hero’s drought.

Hero refreshed the Achiever and relaunched it in September 2016 but kept the essence of it being a ‘commuter’. They added features like i3s (start-stop mechanism) and Torque on Demand.

Sales increased momentarily but Hero took advantage of it and has increased the prices of the motorcycle abnormally (by as much as 10 percent)! Here are the latest prices as compared to the original prices in 2016.

*all prices ex-showroom in Delhi; taken from the official website on 3 July 2018. 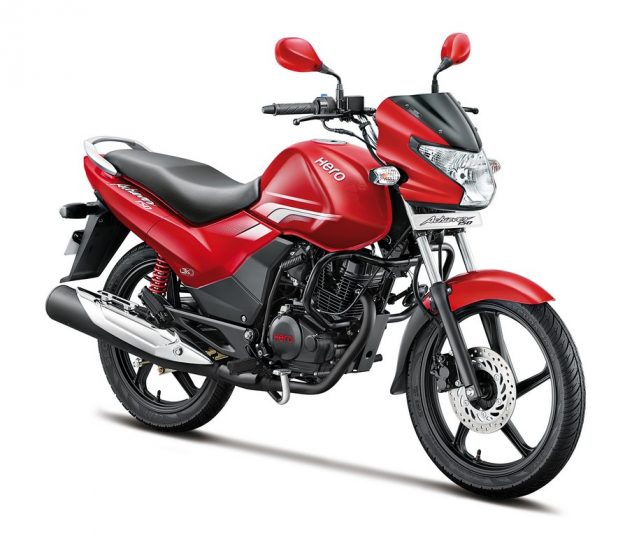 Just to add – the 2016 model was already introduced at a Rs 1000 price increment (as compared to the older variant which was available with standard disc and alloys). So essentially, within a span of 22 months (less than 2 years), Hero has increased the price of Achiever by as much as Rs 6100 which is almost 10 percent of the original cost of the entry commuter.

How About Karizma 300? We Tell You Why it is Possible…

Xtreme 200R: Let’s Welcome a Motorcycle Which is About 10 Years Late

Since the start of this year, Achiever is averaging 1300-1400 units a month sales which make it the lowest selling 150 cc motorcycle in India. So, yet again, Hero’s effort in anything over 125cc hasn’t worked. But is Hero itself to blame this time?