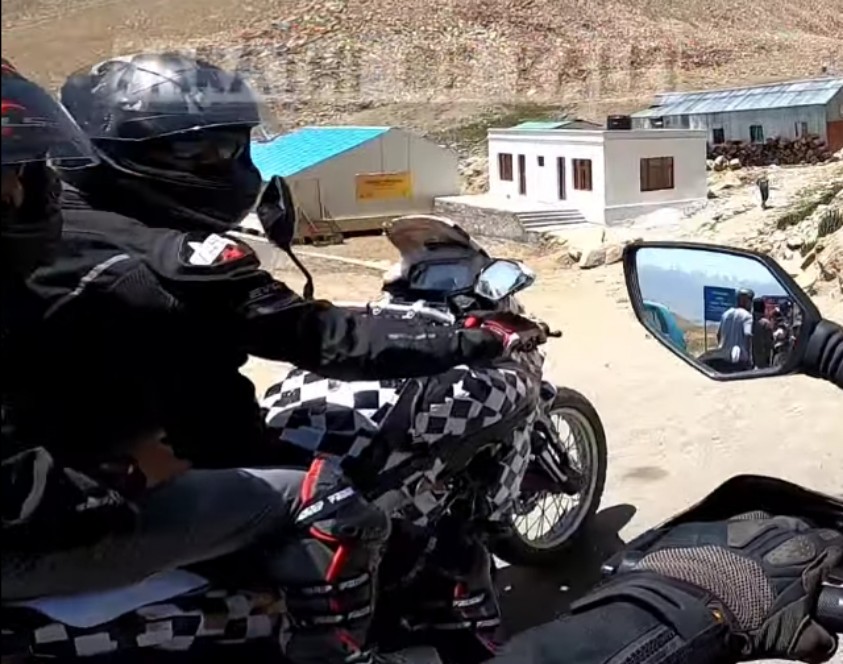 Likely to carry a near 300cc single cylinder engine, the Adventure Tourer from Hero carries a half fairing and a digital console. There is a rectangular swingarm apart from what appears to be an upswept exhaust can and upside down front forks.

Interestingly, the motorcycle gets wire-spoke wheels and block pattern tyres. Comparing it with the Xpulse 300 test mule, this is definitely a lower motorcycle with smaller tyres – may be 17 inch at both ends. The rear tyre appears to be fatter than the Xpulse’s rear rubber. The suspension travel as well as the ground clearance, as a result, is lower.

The idea appears to be – create as many motorcycles on the same platform for economies of scale. This will also allow Hero to target different customer sets.

This also suggests that the Xpulse will continue to focus on being a more off-road concentrated motorcycle and this – the Adventure Tourer, can take care of a wider customer requirement.

Looking at the lack of completeness of this test mule, we believe we are still far from launch and a final showdown can be expected sometime next year – at the earliest. We are not sure if Hero will give this model the name of Xpulse T and instead a new name could do better justice to its prospects.