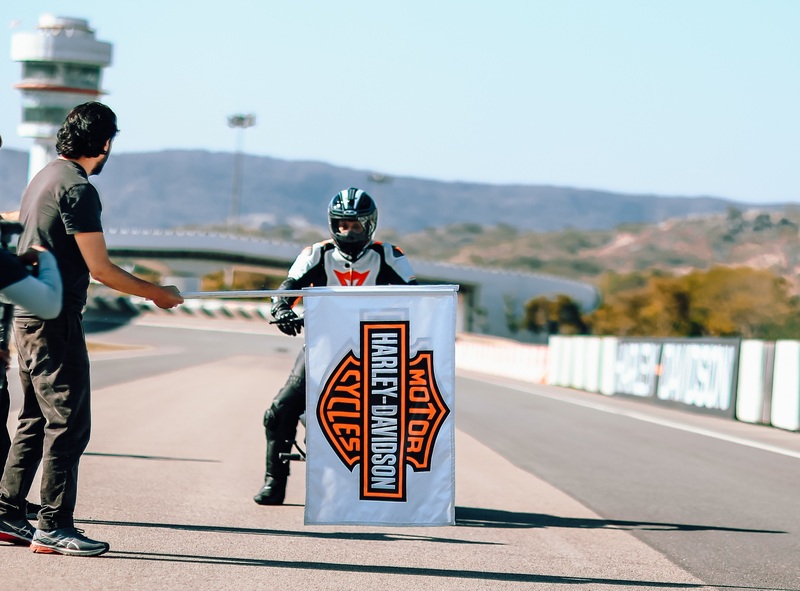 The Harley-Davidson Sportster S bags the honor of being India’s first ‘big’ motorcycle to complete a 24-hour Endurance Run. The Sporster S covered a record total distance of 3141 km in 24 hours, averaging 130.9 km/h during the whole run.

The 24 hour Endurance Test was run on Hero’s Global Centre for Innovation and Technology (CIT) test run which is located in Jaipur, Rajasthan. The 1.74 kilometer-long oval high-speed track was specifically chosen by the manufacturer to attempt this endurance run in order to put the man and the machine to the ultimate endurance test.

The endurance test was flagged-off at 3 PM IST and the team, over the course of next 24-hours, went through 31 pit stops which included fuel refill, rider change and fresh tyres after every 1000 KM. Every rider completed six runs of an average of 100 km on each run.

The whole endurance run was supervised by two leading members from the Hero’s team at CIT –  David Lopez Cordoba (Head of Chassis Functional Development & National Racing Program) and Alex Busquets (Head of Vehicle Validation). It is further iterated by the manufacturer that both David and Alex bring years of experience in endurance racing all over the world and were integral in preparation and success of the endurance run.

We recently took the Harley-Davidson Pan America to the highest unpaved motorable road in the world and that inspired us to do something uniquely different with the new Harley-Davidson Sportster S.

The team at CIT and Hero MotoSports Team Rally stepped in with all their experience and helped us complete this extremely challenging attempt. It is a strong testament to the quality of this H-D motorcycle to have successfully endured the test and gone further than any other motorcycle in the country in 24 hours.”

This is an interesting achievement by the motorcycle and more than the capability, it appears, Hero (along with Harley Davidson) wants to keep the new motorcycle in local as well as international headlines.