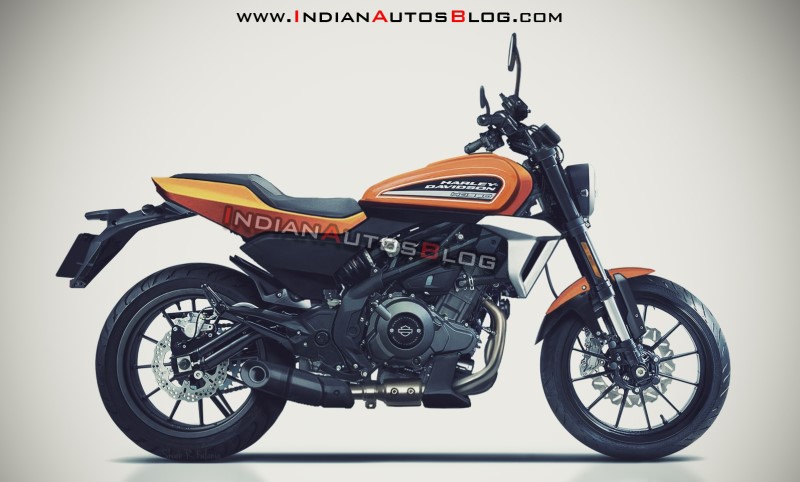 It is official that the legendary motorcycle maker – Harley Davidson has been working with the Chinese company Qianjiang Group to develop a new around-350 cc motorcycle. The model is referred to as HD350 but its commercial name would be different. Its engine and power output figures were revealed very recently.

Now, a digital artist named Shoeb Kalania has imagined how this upcoming motorcycle could look when it gets launched. He has released a digital render of the roadster-styled bike to express his thoughts. This is based on the sketch that Harley officially revealed when it announced this motorcycle apart from a few references from Benelli 302S (Benelli is now a Qianjiang company).

The render shows off the side profile of the motorcycle in orange paint. It imagines the HD350 with USD front forks, alloy wheels, smaller front fender, single-piece handlebar, round headlight, mono-shock at the rear, and single front petal disc brake at both ends.

Harley Davidson had originally planned to enter the affordable motorcycle segments with this model. However, we now hear that the company is planning to cut down few models from its portfolio to focus on the more profitable products. It is a part of its new strategy – ‘Rewire’ due to the impact of the ongoing pandemic and the overall slowdown in sales it has been seeing for the last many months.

Shocking: Is Harley Davidson Shutting Down in India?

In such a case, an official update on the HD350 on its whereabouts will will help clear out things. But if it will be launched this is how it could look like…