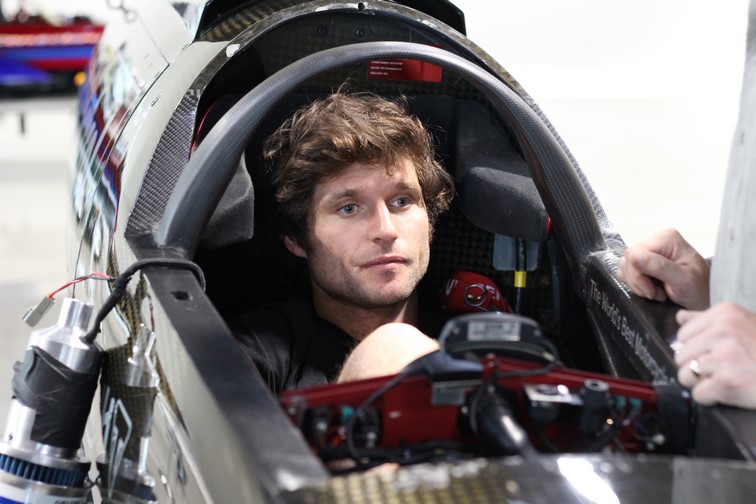 Triumph Motorcycles have confirmed that they will be attempting the world land speed record with the TT legend Guy Martin. The two had earlier announced in 2015 that they will be having a go at the record but could not due to Guy Martin’s untimely injury at the Dundrod 150 race. The Federation Internationale de Motocyclisme (FIM) approved world record attempt is to take place at the Bonneville Speedway is set to take place next month.

Guy will be riding the purpose built Triumph Infor Rocket Streamliner which uses a carbon Kevlar monocoque construction with two turbocharged Triumph Rocket III engines producing a combined 1,000 bhp of maximum power at 9,000 rpm. The motorcycle is 25.5 feet long, 2 feet wide and 3 feet tall. Running solely on methanol fuel, the bike is competing in the Division C which sees streamlined motorcycles heading for the glory.

Here’s what Guy Martin had to say:

“I can’t wait to take the Triumph Infor Rocket Streamliner onto the salt at Bonneville for the first time this summer. The Triumph engineers have built an amazing machine, giving us the very best chance to beat the two-wheeled land speed record.”