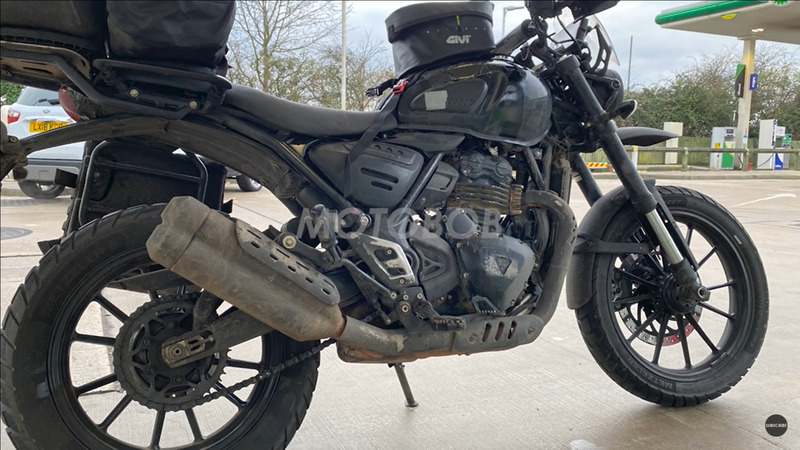 So, just like us, you readers must be curious as to how far the much-hyped partnership between Bajaj and Triumph is in the development of their ‘bikes’.

Yes, ‘Bikes’ – plural – because, as we have reported all the way back in February 2022, there were not 1, but 2 different bikes spotted testing on the European soil. A closer look of the test-bike was also captured at a different instance, sporting the inverted-triangular indent which Triumph uses to stick their badge – almost confirming that the test-bike captured testing was indeed the model spawned from the Bajaj-Triumph partnership.

Now, 5 months on, we have an update to share regarding the arrival of the new bike and much more –

Recently, Bajaj Auto concluded their Annual General Meeting, and at this event, Mr. Rajiv Bajaj (MD & CEO – Bajaj Auto) spoke to select media and shared some interesting tidbits with them regarding the company’s future plans.

It is during this interaction that he addressed that the new ‘bikes’ under development under the Bajaj-Triumph partnership are progressing well and are planned to be introduced somewhere next year, i.e. 2023.

He further divulged that the new bikes will be rolled out of a new Chakan factory, which is under development presently.

Back in February when we first reported the sighting of the Bajaj-Triumph test-bikes, there were reports saying that there were 2 bikes on test – 1 being a road-biased version sporting 17” wheels and a Scrambler model sporting 19” front and 17” rear.

This speculation has somewhat been stated true by Mr. Bajaj himself using the word ‘bikes’ This means the bikes launched under the Triumph moniker (probably) will cover 2 segments – Roadster & Scrambler.