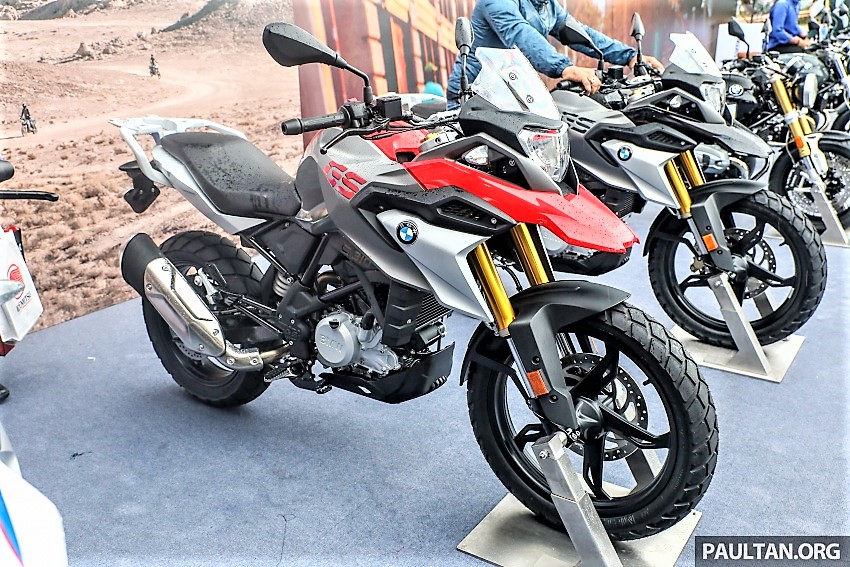 So recently, Malaysia became one of the few countries which have got both the 300 cc models from BMW. After the roadster G310 R, BMW also launched its adventure sibling G310 GS there.

In a latest update, Maxindo Moto – the official distributor of BMW has introduced the adventure G310 GS in Indonesia. It costs 125 million IDR which is close to 6 Lakhs in INR. The R is already sold in the country.

Like the R, the GS version continues with the same 313 cc liquid cooled single cylinder fuel injected engine and produces 34 bhp of peak power and 28 Nm of max torque. All the three colours of the motorcycle (pictured on this page as well) are on offer in both the countries.

Malaysian price includes GST of the country and we presume it to be the ex-showroom price of the motorcycle which will have road tax and insurance as extra. It translates to about Rs 4.68 Lakhs in INR.

The G310 R is priced at RM 26,900 (~4.2 Lakh INR) which is roughly Rs 48,000 or 11 percent less than the adventure tourer. This gives us a probable picture of what percentage price difference can we expect between these twins in other markets of the world, including India. 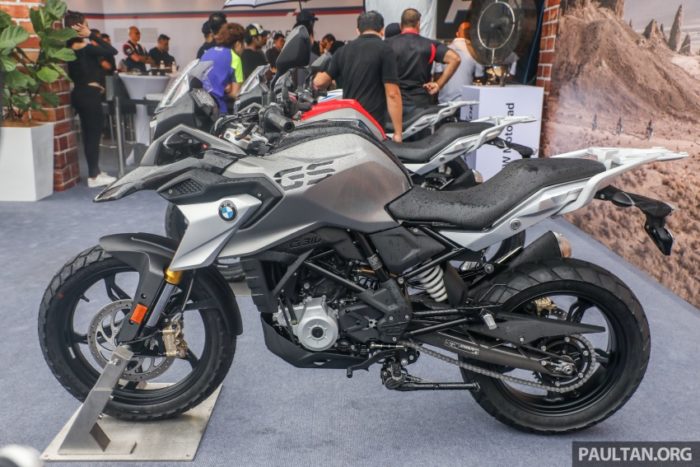 For all the motorcycle enthusiasts it is a little disappointing that BMW’s partner TVS is making both the 310s in India and the company is exporting them to various countries (and not launching them here).

The G310 GS is expected to have its first Indian showcase at the 2018 Auto Expo next month and its launch (along with the R) is likely towards the end of this year or early next year.