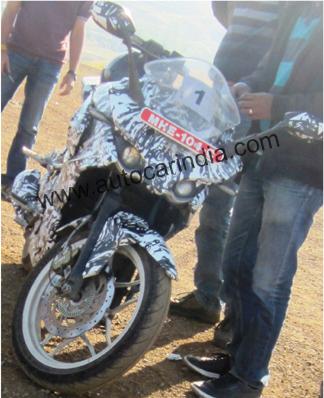 So, the spyshots of the upcoming Pulsar 200SS are coming in thick and fast. For the last two days, we have shared a couple of stories of two mules from Ooty and in comes another frontal pic from Autocar.

This pic you see here is shared by an Autocar reader Sameer Wadhwani from Panchgani. So, Bajaj is testing it thoroughly across all terrains they can. We have spyshots of the bike from Lavasa, regular state highways, hill station of Ooty (for cold climates) and now from another hill station.

Your next question will be why so much, if this is essentially the same Pulsar 200NS with an added fairing? The answer:Everything points at the possibility of presence of fuel injection, a departure from 200NS’ carburettor!

In fact, in the earlier sighting Pulsar 200NS has also been spotted, which again reveals that Bajaj may be testing one for their naked sibling as well. Apart from the FI, the ABS ring is clearly visible which, we believe, will be optional for higher variant(s).

And then we also see the return of projector headlamps as well as the white theme on alloy wheels. Another interesting bit to note here is the exhaust. We have seen many different designs of the exhaust and none of the mules caught had an underbelly like the 200NS. This mule carries the stubbier, better finished one and we are unsure which one will make it to production. 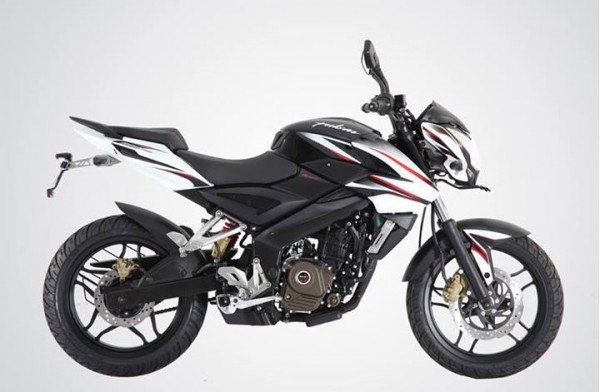 Initial waves report a very promising upcoming bike from Bajaj and a lot of our readers have shown interest in buying it over the sibling Duke 200 as well as Hero’s 2014 ZMR and Karizma R in a quick poll we are running.

Launch of Pulsar 200SS (SS supposedly stands for supersport) should be within the first two months of 2014 and based on what is on offer, it is expected to be priced around Rs 1.2-1.3 Lakh on road, right between the Bajaj Pulsar 200NS and Duke 200.