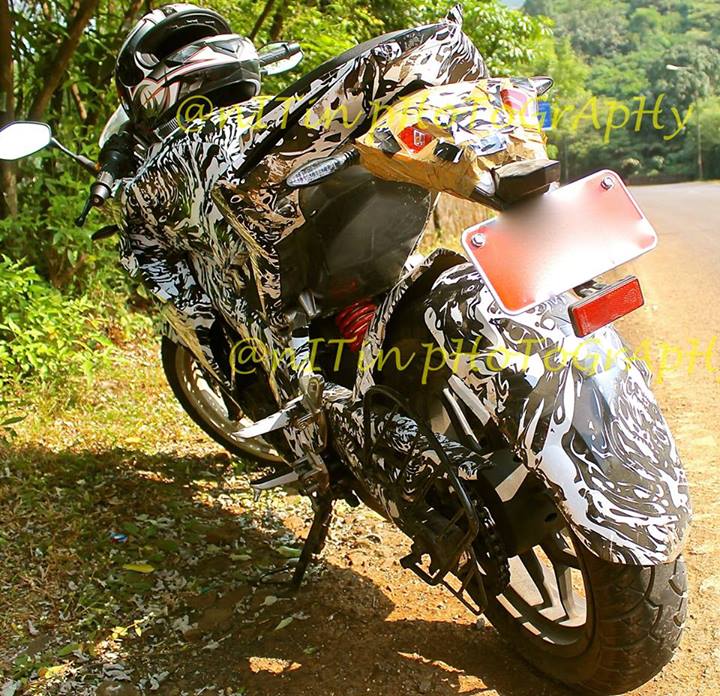 Yesterday was the day when we had not one but two sightings of camouflaged Faired Pulsar mules coming from two different sources. While both the Pulsar mules had minor outer shell differences, it left us confused and pondering over the question – Is Bajaj also testing the Pulsar 375 along with almost-confirmed Pulsar 200SS? 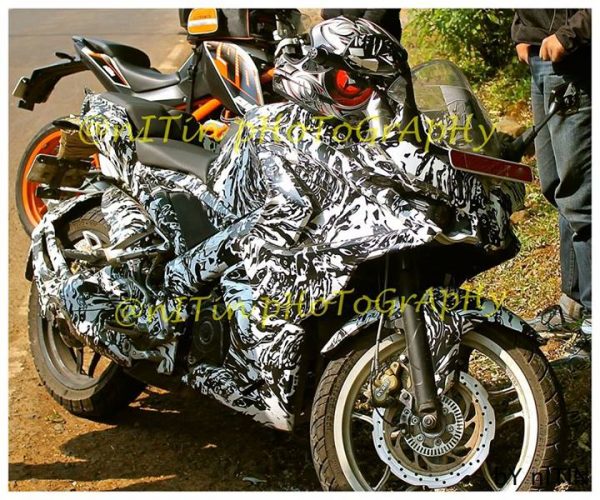 Nonetheless, here are many more good quality clear shots of the same Pulsar 200SS mule that was caught at Lavassa yesterday, courtesy Nitin Aggarwal at Facebook.

Here are more details of Pulsar 200SS as reported by Nitin as well as what we can make out: 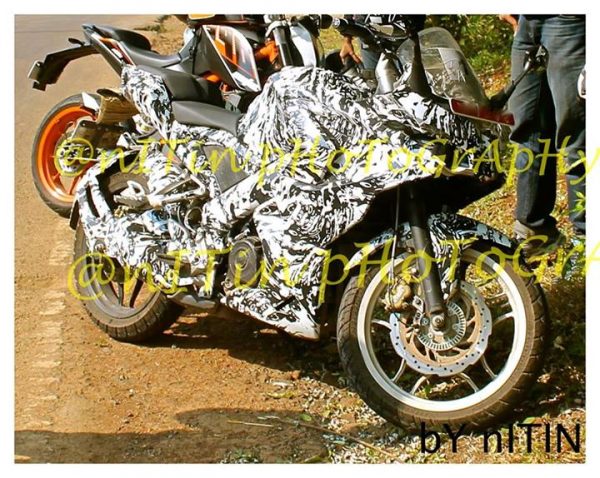 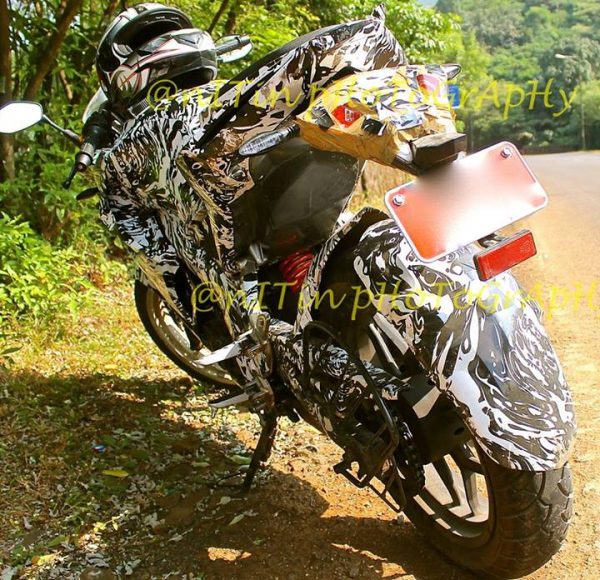 Bajaj seems to be coming back to the white theme on this new Pulsar 200SS. At least the front alloy on this mule is white (whereas the rear one is black). In another mule (No. 3) both of them were white coloured. 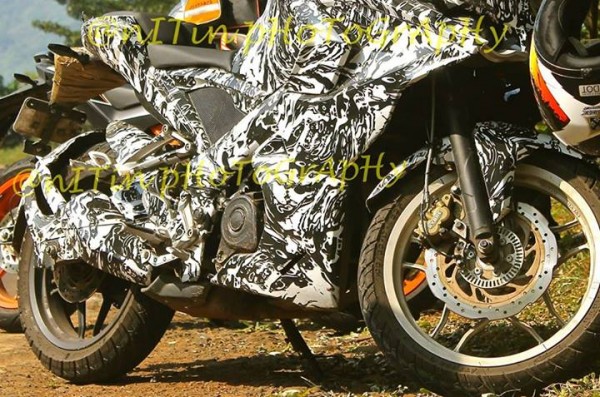 The fairing looks absolutely well sorted and appears to possess right creases and contours at right points. It is also beginning to get clearer that this Bajaj Pulsar 200SS may just be launched in the nick of time before  the Auto Expo in February 2014.